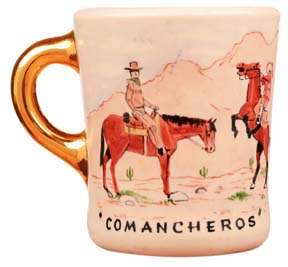 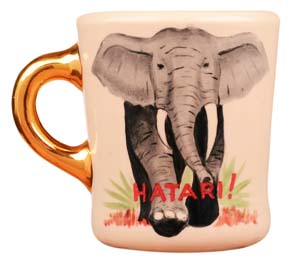 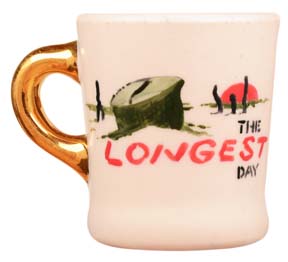 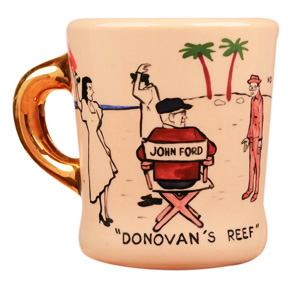 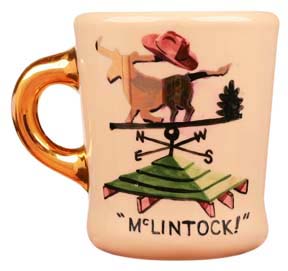 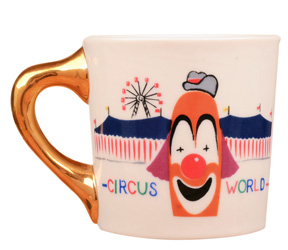 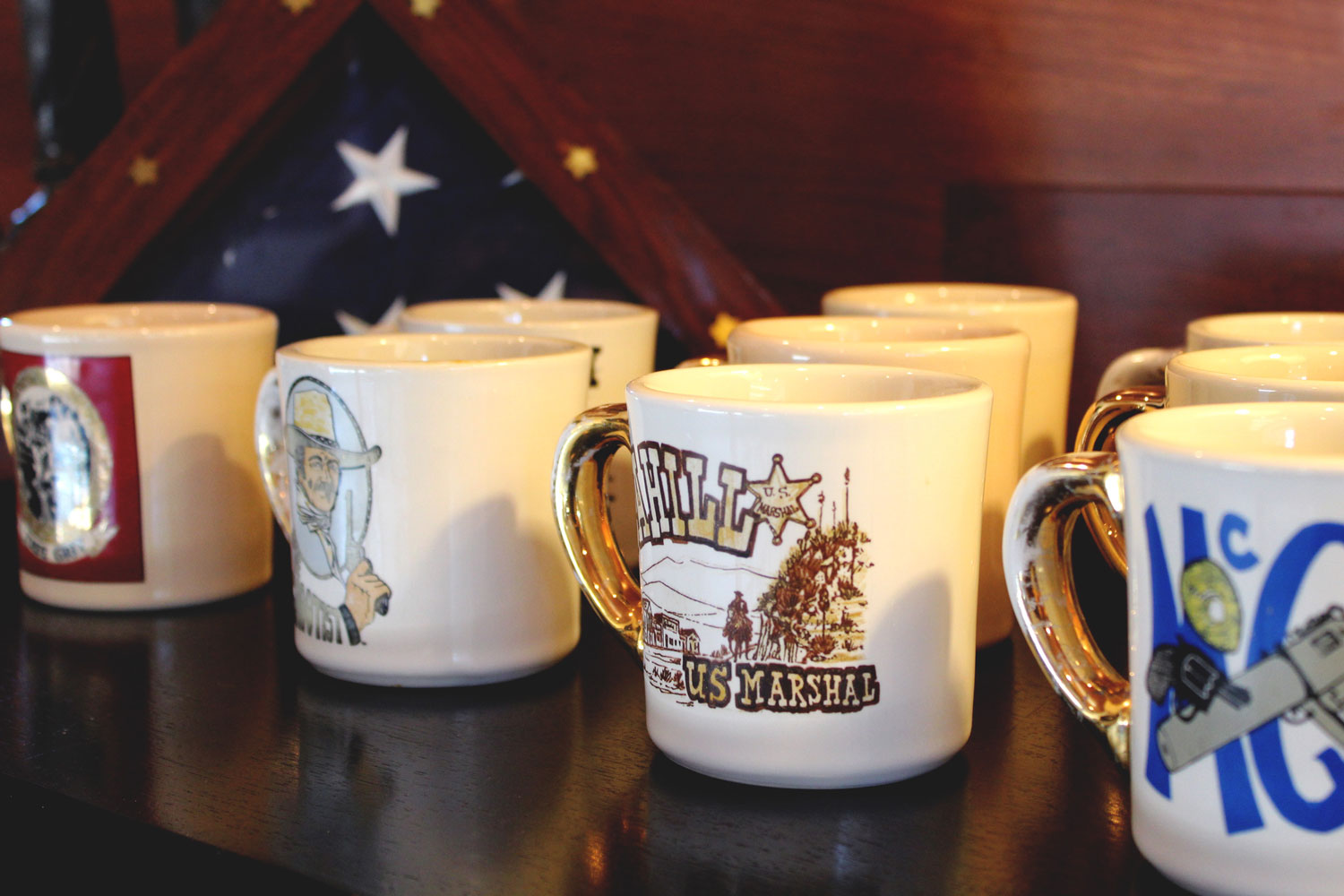 In the early 1950s, John Wayne began a tradition of making specially engraved coffee mugs for all crew and cast members on each of his projects. According to journalist Wayne Warga’s interview in 1971 with Mary St. John, the tradition began in 1951 with Flying Leathernecks. The ceramic mugs with specially engraved images and messages became treasured possessions for anyone who worked on a Wayne movie.

“I have four of the mugs on my mantle right now,” states stuntman Terry Leonard, who indeed worked on four John Wayne pictures. “I had them specially hooked up to the bottom of my mantle so that even if there’s an earthquake, they won’t fall. I want them to survive even if nothing else does.”

In fact, production and distribution of those cups was a major job that Wayne typically entrusted to Mary St. John. During production of The Sons of Katie Elder in 1965, for instance, she typed up a list of seventy people for whom she would have to get mugs produced, plus four more for family members, with special instructions from Wayne about what to write on each cup. In the Wayne archives’ folder from that project are original sketches Wayne commissioned from a local artist to be transformed into a logo for all those mugs. Dozens of thank-you notes from appreciative crew members are also preserved in the archives from that movie, and also for the mugs handed out after production on 1963’s Donovan’s Reef, among other films.

Currently, these mugs are highly sought after collectors items, and sell online for upwards of $1000 each. Pictured here is a private collection we had the chance to photograph. 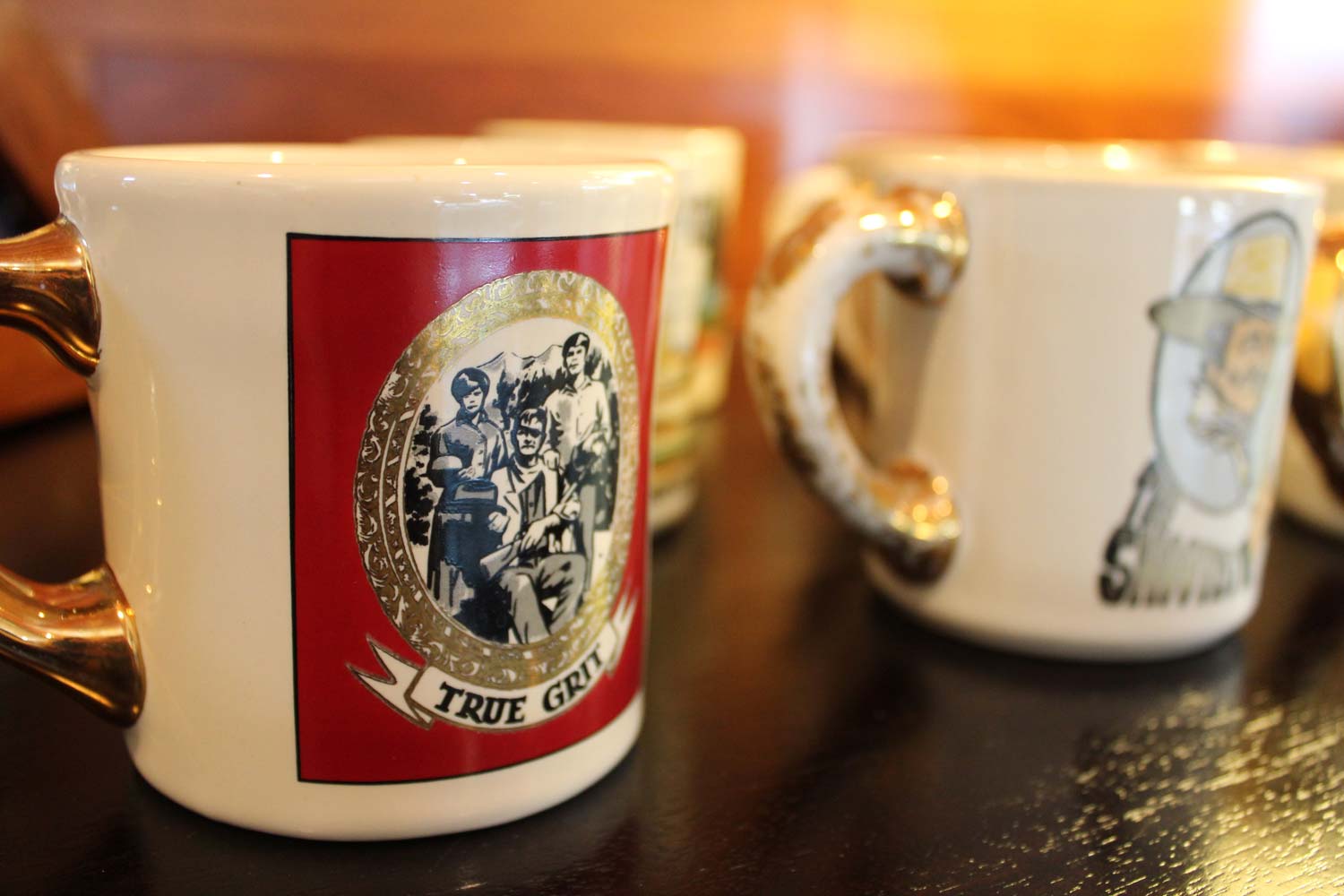