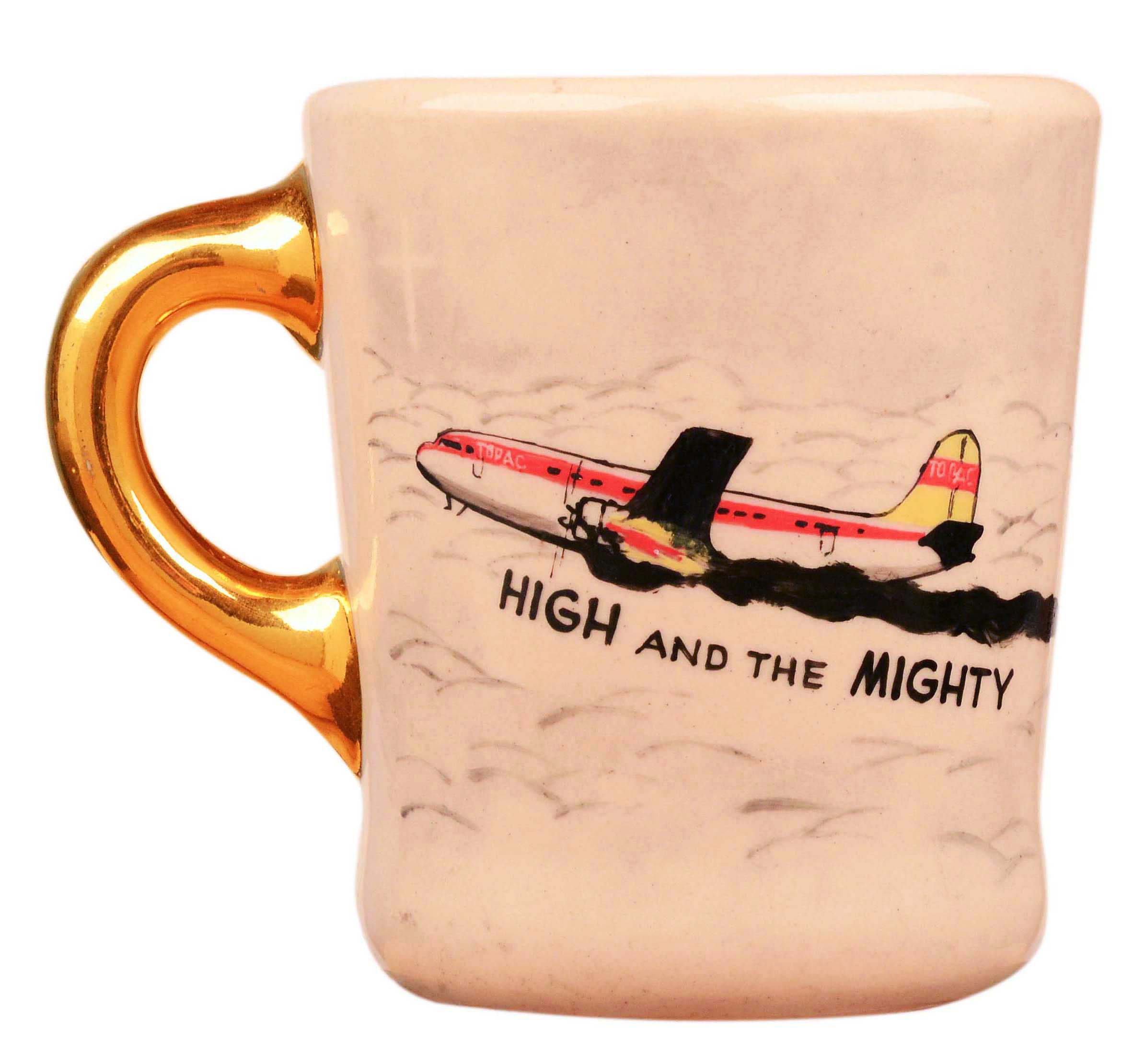 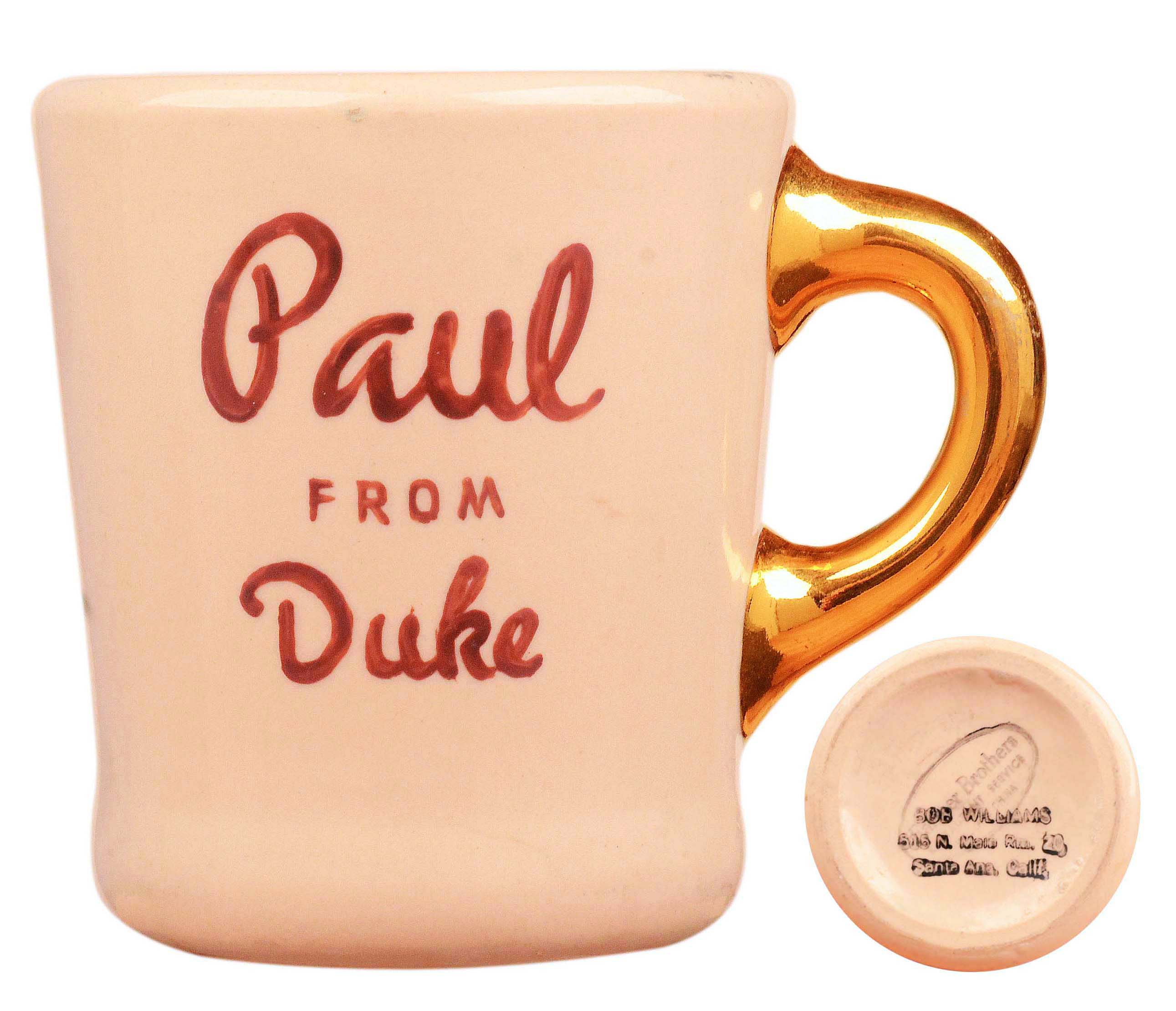 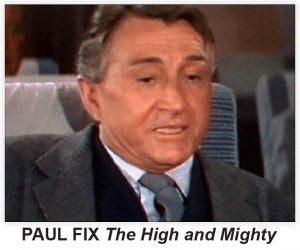 The High and Mighty is the seventh mug Bob Williams made for John Wayne.  Once again on the heavy beige Wallace mug.

The High and Mighty is the third mug at our site from the Paul Fix collection.  Paul Fix was a prolific actor whose career spanned 56 years.  John Wayne and Paul were close friends and the story goes that Fix taught Duke his distinctive walk.  John Wayne was extremely loyal to his friends and helped them whenever possible to land roles in his movies.  Fix was a great example of this, as he was in at least 24 movies with Duke, at least 10 of which he was given a mug for.  Paul Fix once said about John Wayne, “He was too generous. He was just like his father and that I respect.”  Marilyn Carey, Paul’s daughter was once quoted speaking of her dad, “Do you know what he did? He got mad at Duke one time and threw them all out!”  When I read this quote in “Campfire Conversations” by Tim Lilley many years ago I thought what a waste for this incredible collection to end up in some landfill.

Surprisingly in July of 2018 a group of Duke’s mugs showed up on Ebay with this description, “We have 8 that were given to Paul Fix.  They all have “Paul from Duke”… Had someone struck gold in a landfill?  As it turns out, the lady 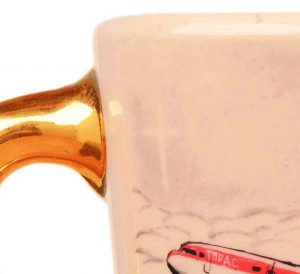 selling them on Ebay was doing so for her boss who was moving.  As they were going through his “junk” she came across the mugs and asked “What are these”.  Her boss told her how at one time he lived next door to an actor named Paul Fix who gave the mugs to him.  She suggested they might be worth something and put them on Ebay.  You can imagine their surprise when they sold for thousands of dollars.  Please take note of the incredible detail in Bob Williams painting to the right.  Can you see the cross † in the clouds just above the plane? 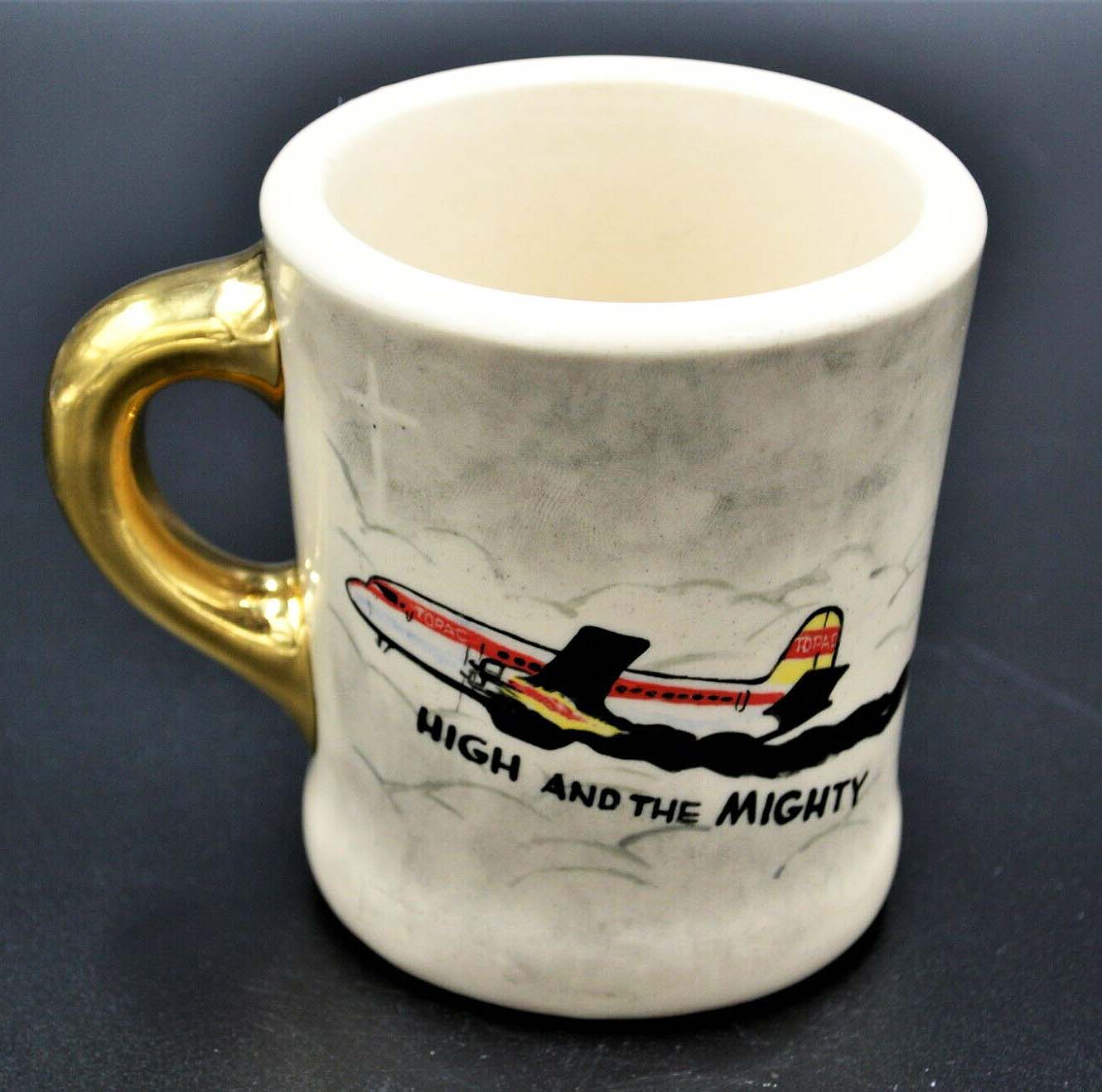 “My grandfather was head of the grip department and was presented this mug by Mr. Wayne.”

IMDB The High and Mighty