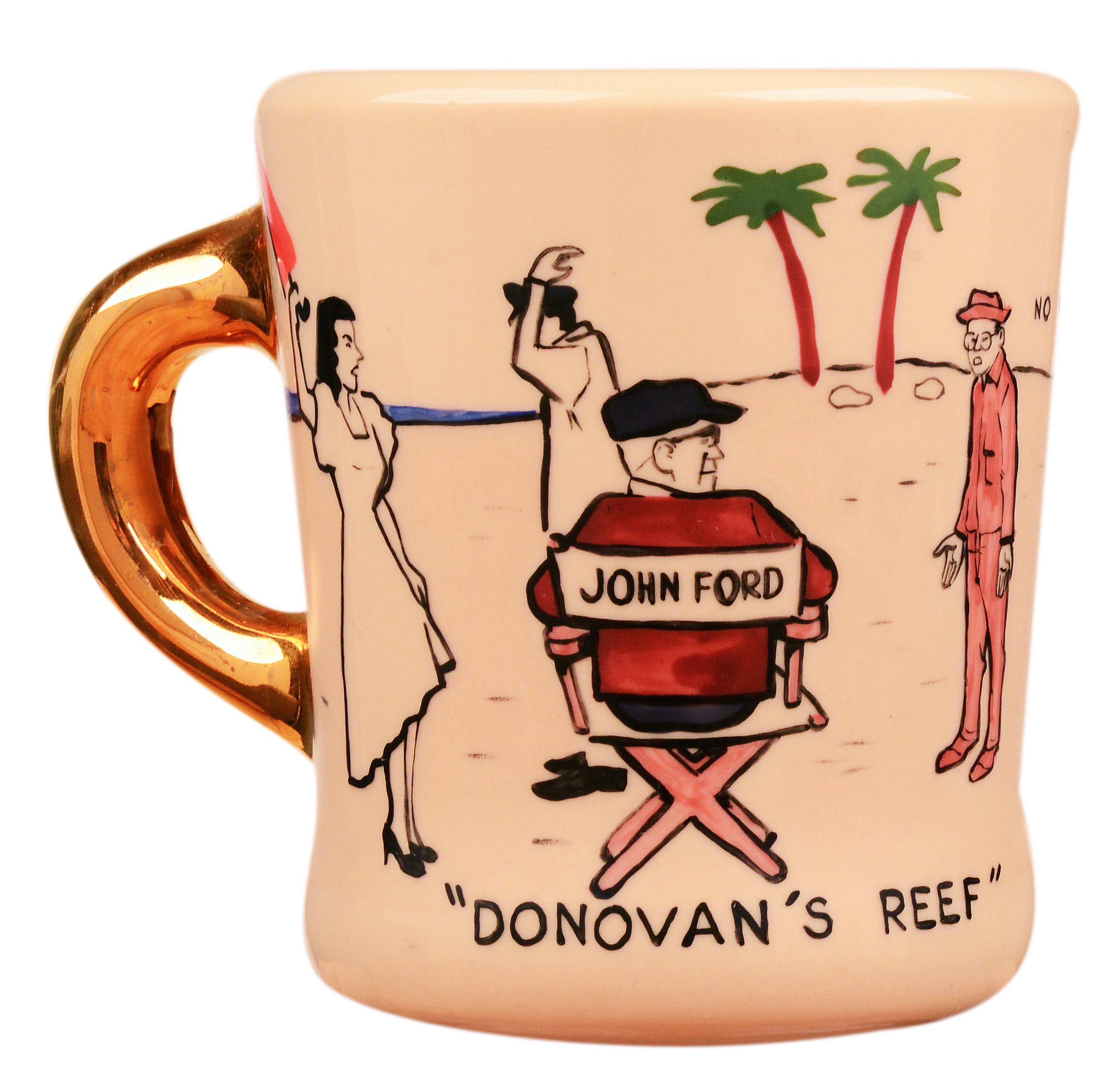 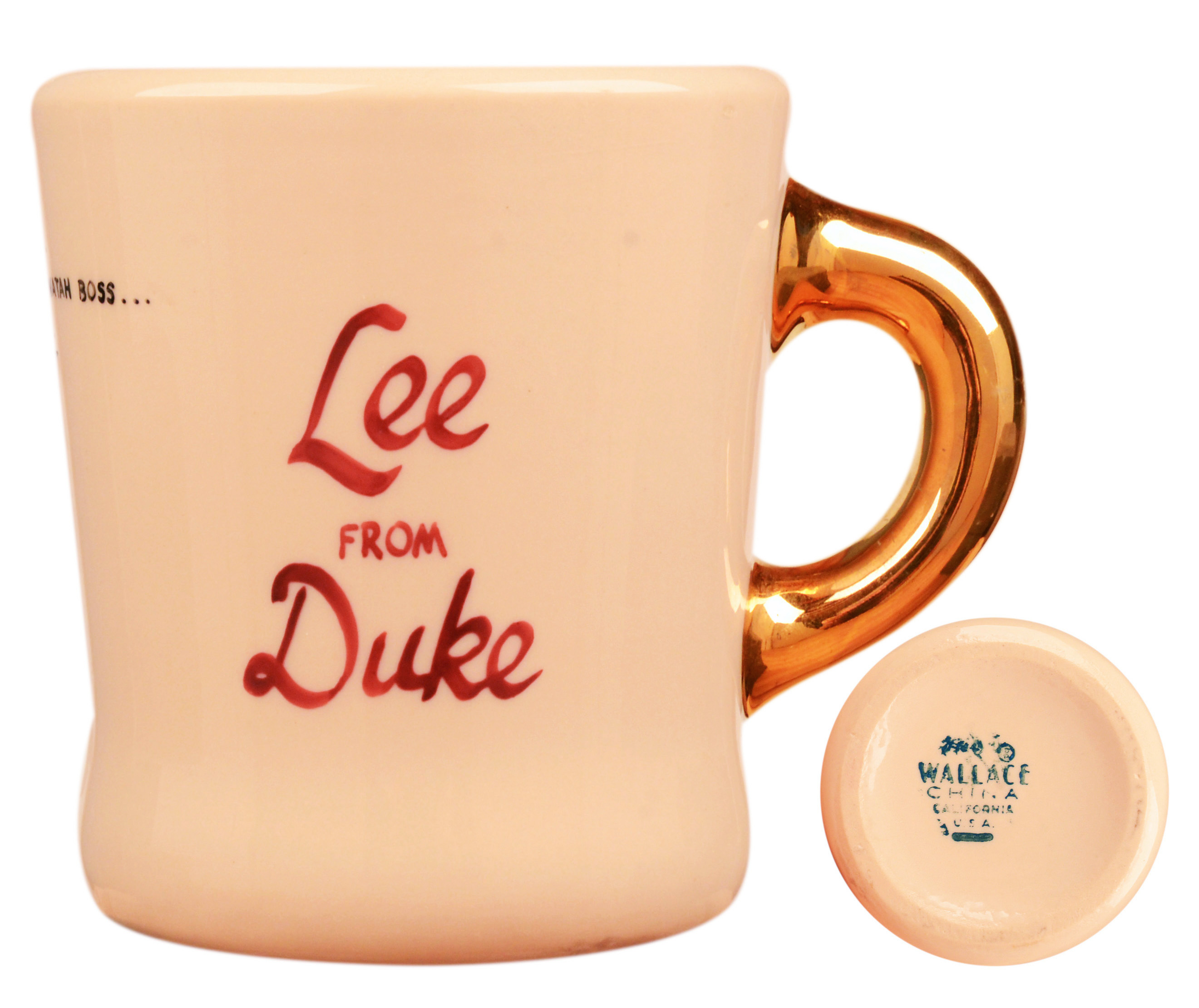 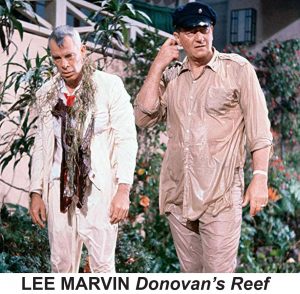 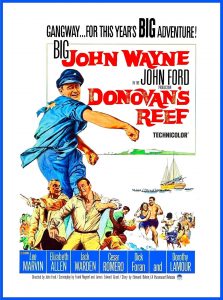 Donovan’s Reef is the third mug at our site from the collection of Academy Award winning actor Lee Marvin and Bob Williams twenty third.   Lee Marvin costarred with John Wayne in three movies.  His mugs were included at the Lee Marvin Julia/Morphy auction in August of 2010.  His wife Pamela Marvin offered the mugs.   The mugs were auctioned as a set and they brought over $8,000.00 including auction fees.   The set included The Comancheros, The Man Who Shot Liberty Valance and Donovan’s Reef.  Donovan’s reef was an interesting movie in that John Ford got the idea to make the movie because he wanted to vacation in Hawaii.  Lee Marvin told the story of “Mr.” Ford calling him and “telling” him he was going to do the movie.  As Marvin told the story, John Ford was someone that was very difficult to say no to.  After

wavering a bit, Ford told Lee he needed a vacation and he would see himin Hawaii.  The movie itself was kind of a friendly romp and the graphics on the mug even picture John Ford spending time on the beach.

Donovan’s Reef is the last mug that Bob Williams did for John Wayne.  Bob moved from California to Washington St. shortly after he produced this one for Duke so Mary St. John, his personal secretary found someone else for his next movie, McLintock. 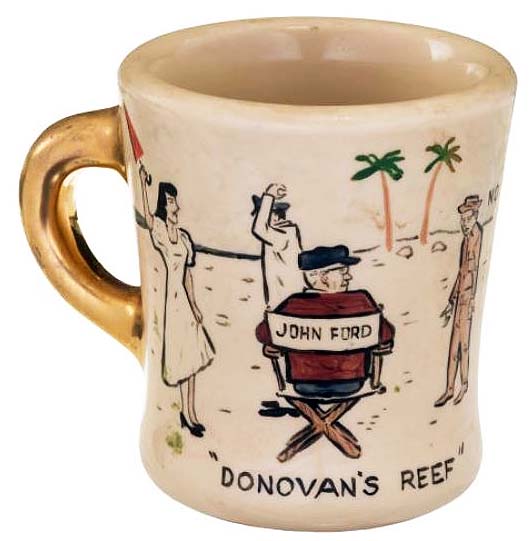