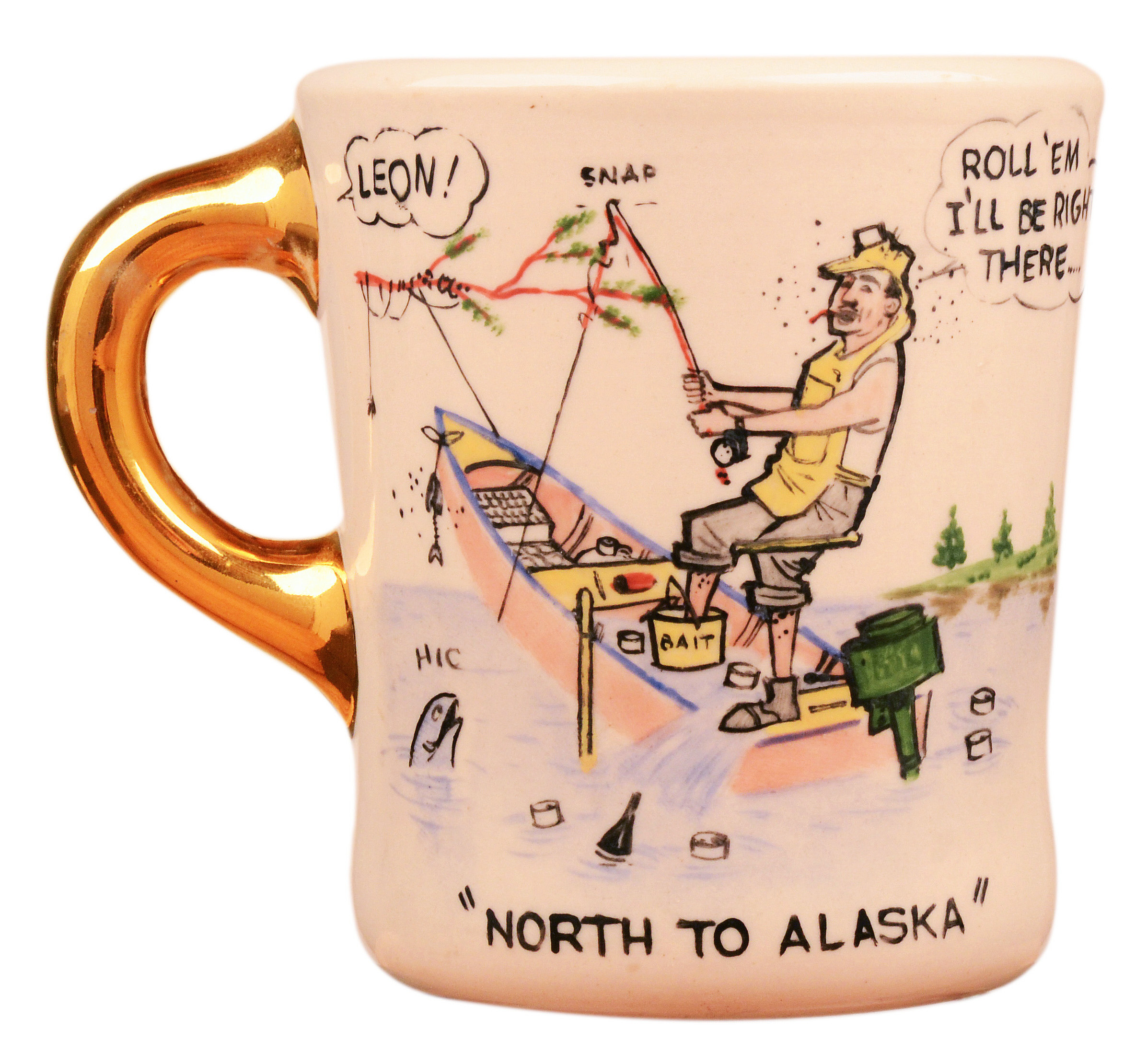 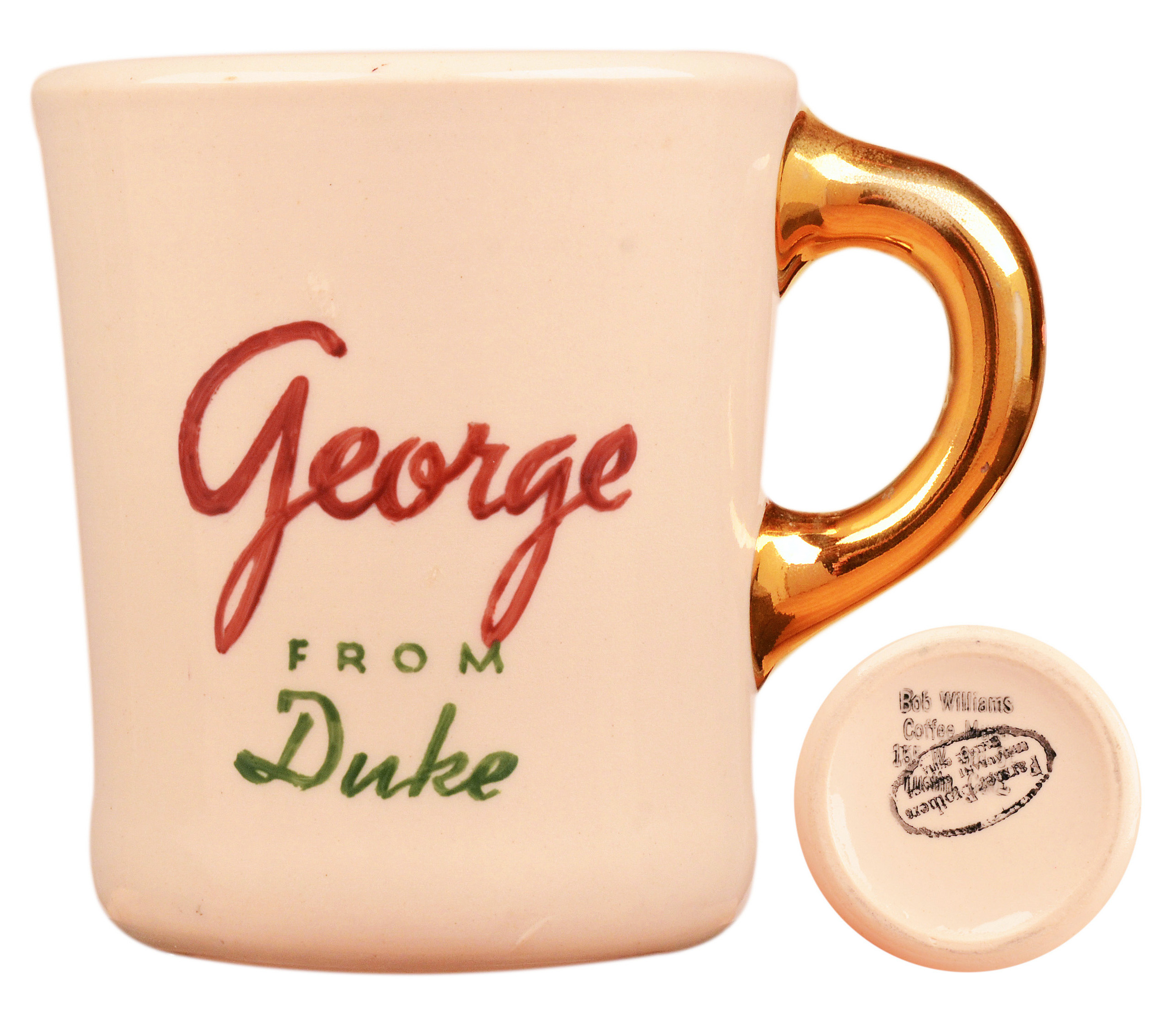 North to Alaska is Bob Williams eighteenth mug.   An interesting example of a mug’s graphics which don’t seem to have much to do with the movie as far as we can tell.

Legend has it that Leon Shamroy, the Director of Photography, was missing in action more than once during filming.  He was usually found fishing and under the influence on such occasions as Duke relayed the story.  Bob Williams sent him a rough sketch which was approved while still laughing.*

An interesting side note is that the theme song by the same name, by Johnny Horton went all the way to #1 on the Country Charts.   Note the different variation of the stamp on the bottom which reads “Farmers Brothers, Restaurant Service, Wallace China”.   There wasn’t anything special about a Wallace mug, until Bob Williams used it for his canvas.

*”When the legend becomes fact, print the legend.” 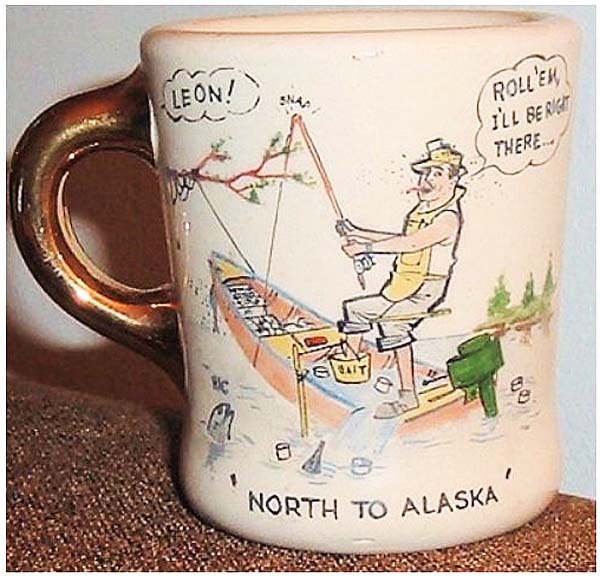 “It was given to the films editor, Dorothy Spencer who worked on several films with both Ford and Wayne.“