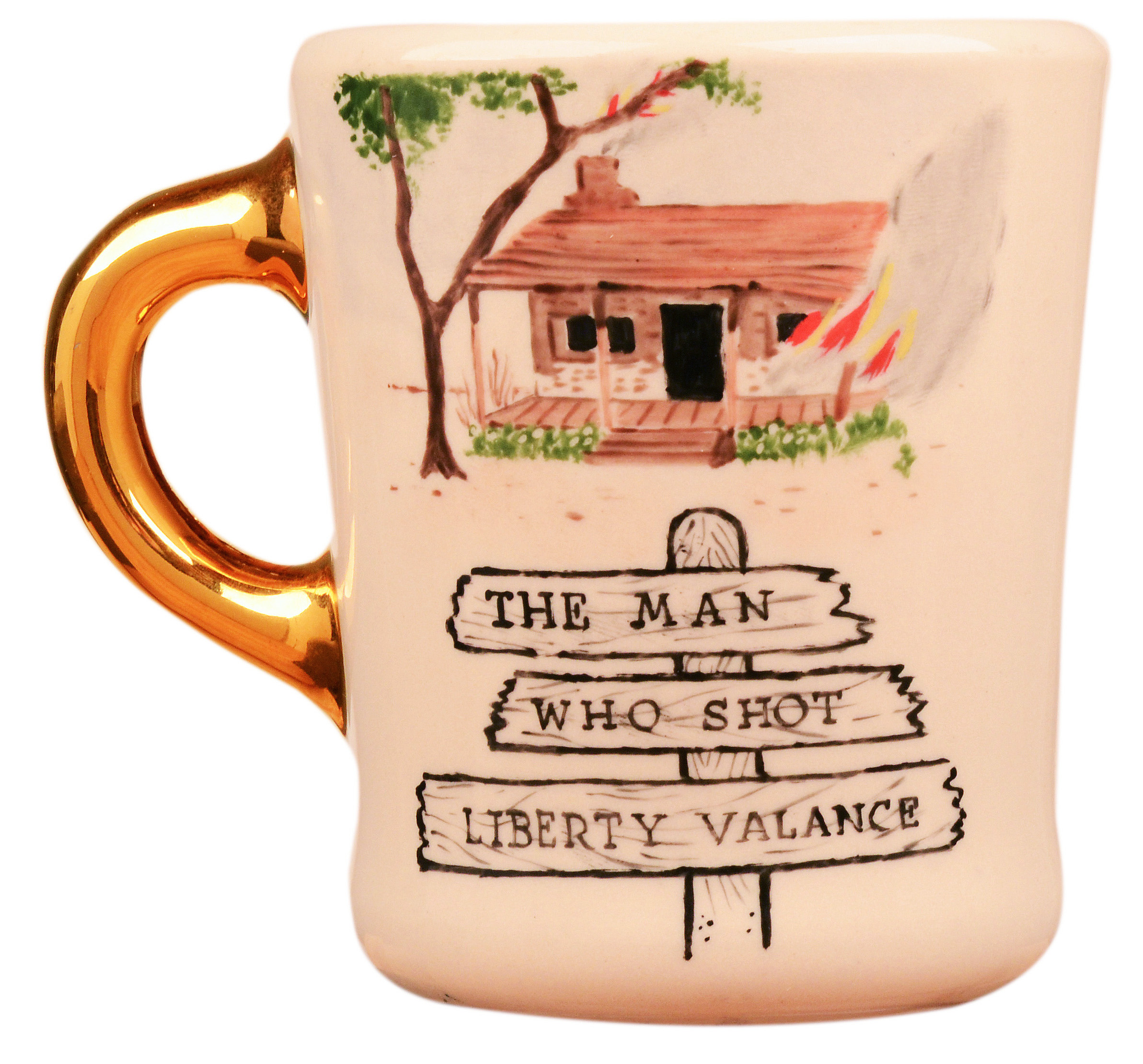 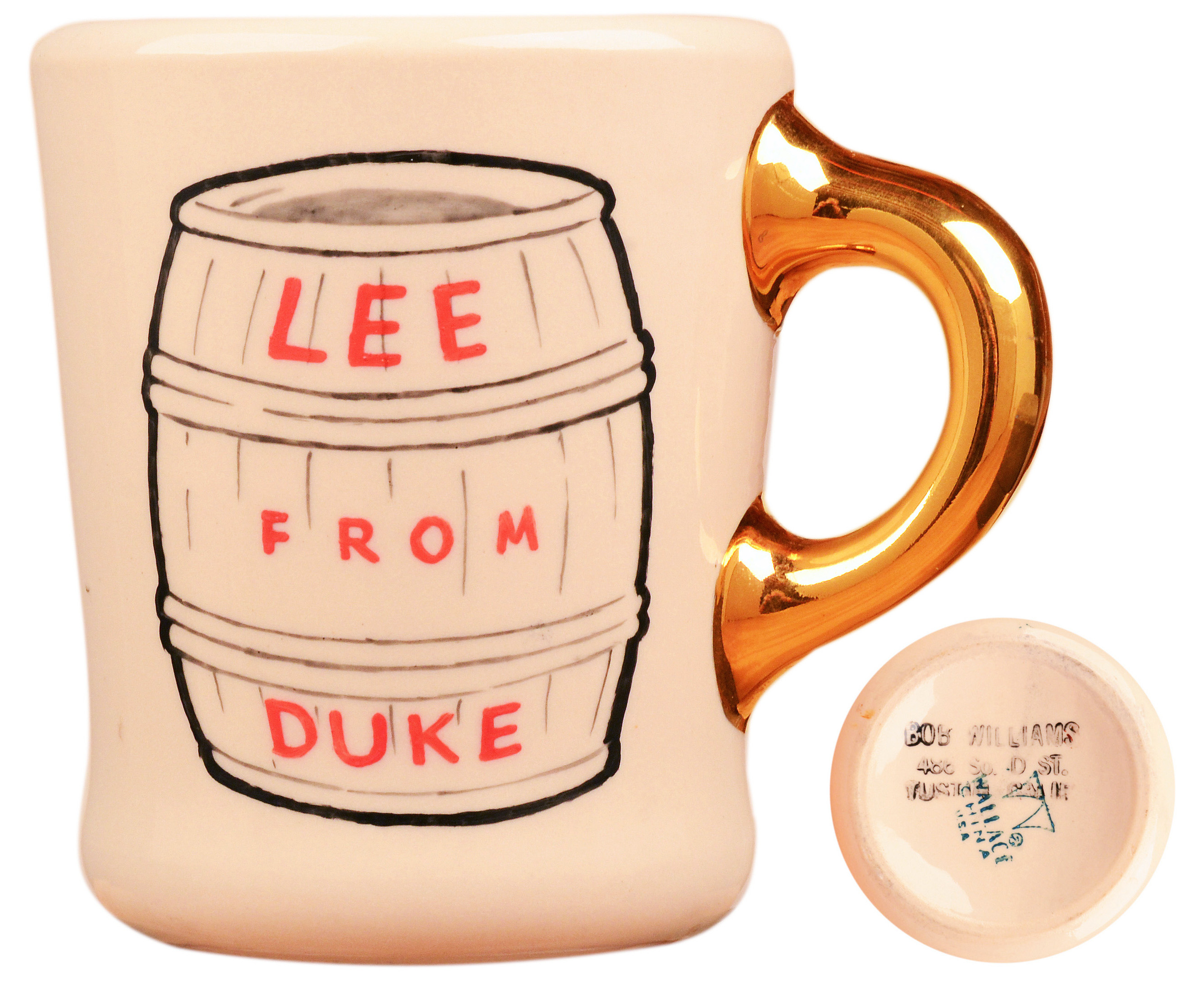 The Man Who Shot Liberty Valance 1962 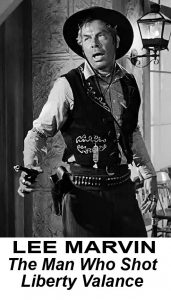 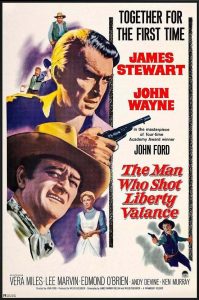 The Man Who Shot Liberty Valance is the twentieth mug Bob Williams did for John Wayne.

It is the second mug at our site from the collection of Academy Award winning actor Lee Marvin.  Lee Marvin costarred with John Wayne in three movies.  His mugs were included at the Lee Marvin Julia/Morphy auction in August of 2010.  His wife Pamela Marvin offered the mugs.   The mugs were auctioned as a set and they brought over $8,000.00 including auction fees.   The set included The Comancheros, The Man Who Shot Liberty Valance and Donovan’s Reef.  This is really a special mug as it is Liberty Valances’ mug!  Lee Marvin played the part of Liberty Valance and other than John Wayne himself, there is no other mug with the same character/actor emblazoned on both the front and back of a mug. 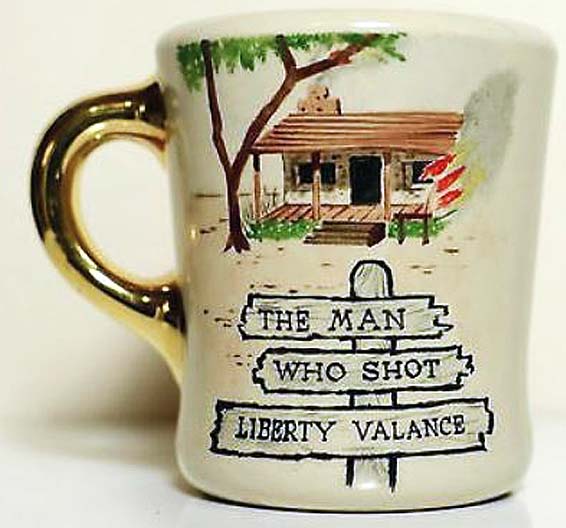 “The mug was personally given to William “Bill” Clothier, ASC, who was the Cinematographer for this film. Bill Clothier’s career in motion pictures spanned almost 70 years, and he is considered one of Hollywood’s greatest Cinematographers… His name has become associated with John Wayne as his favorite cameraman…  I obtained this mug personally from Mr. Clothiers daughter when I visited their home in 1996.“