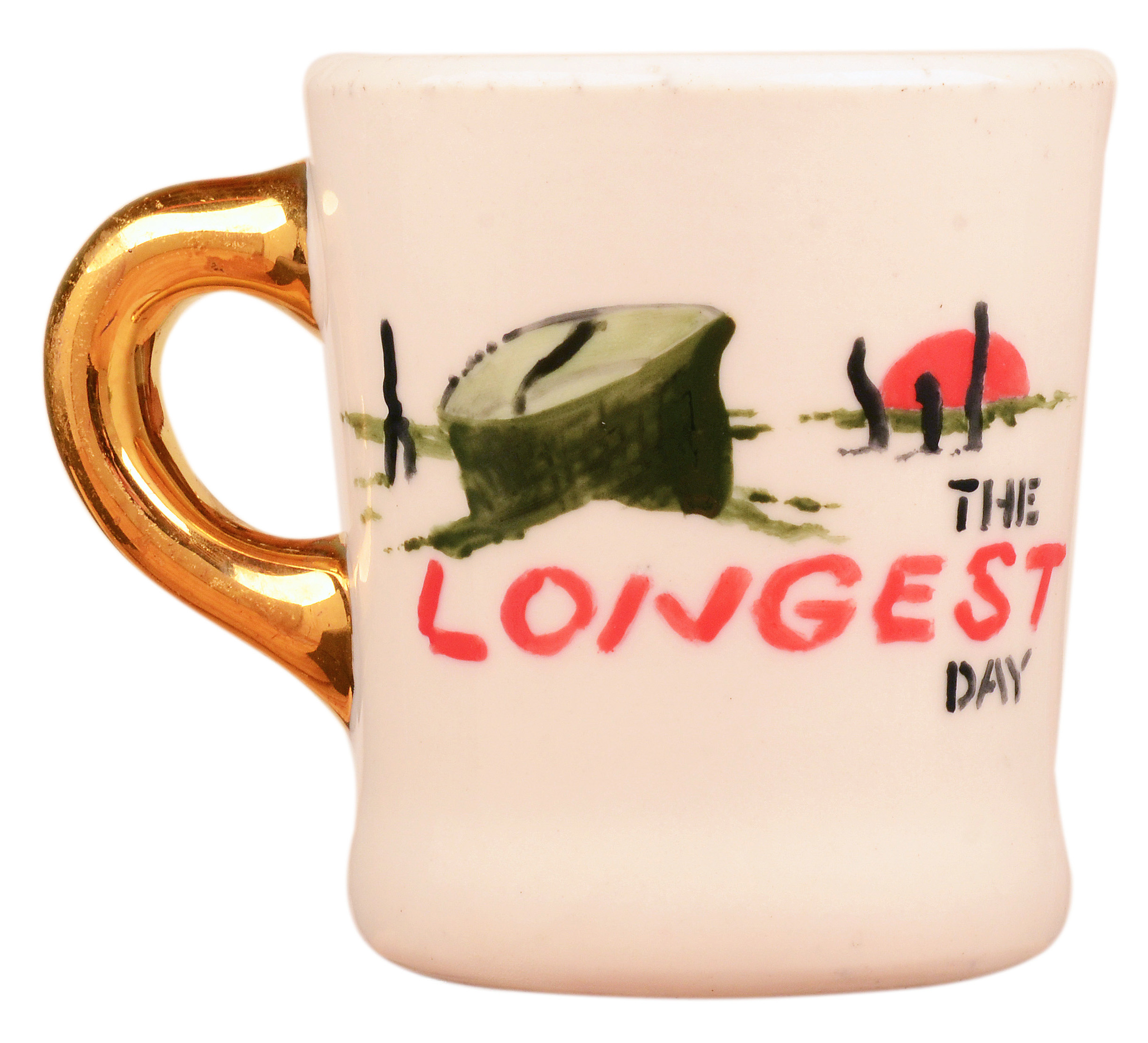 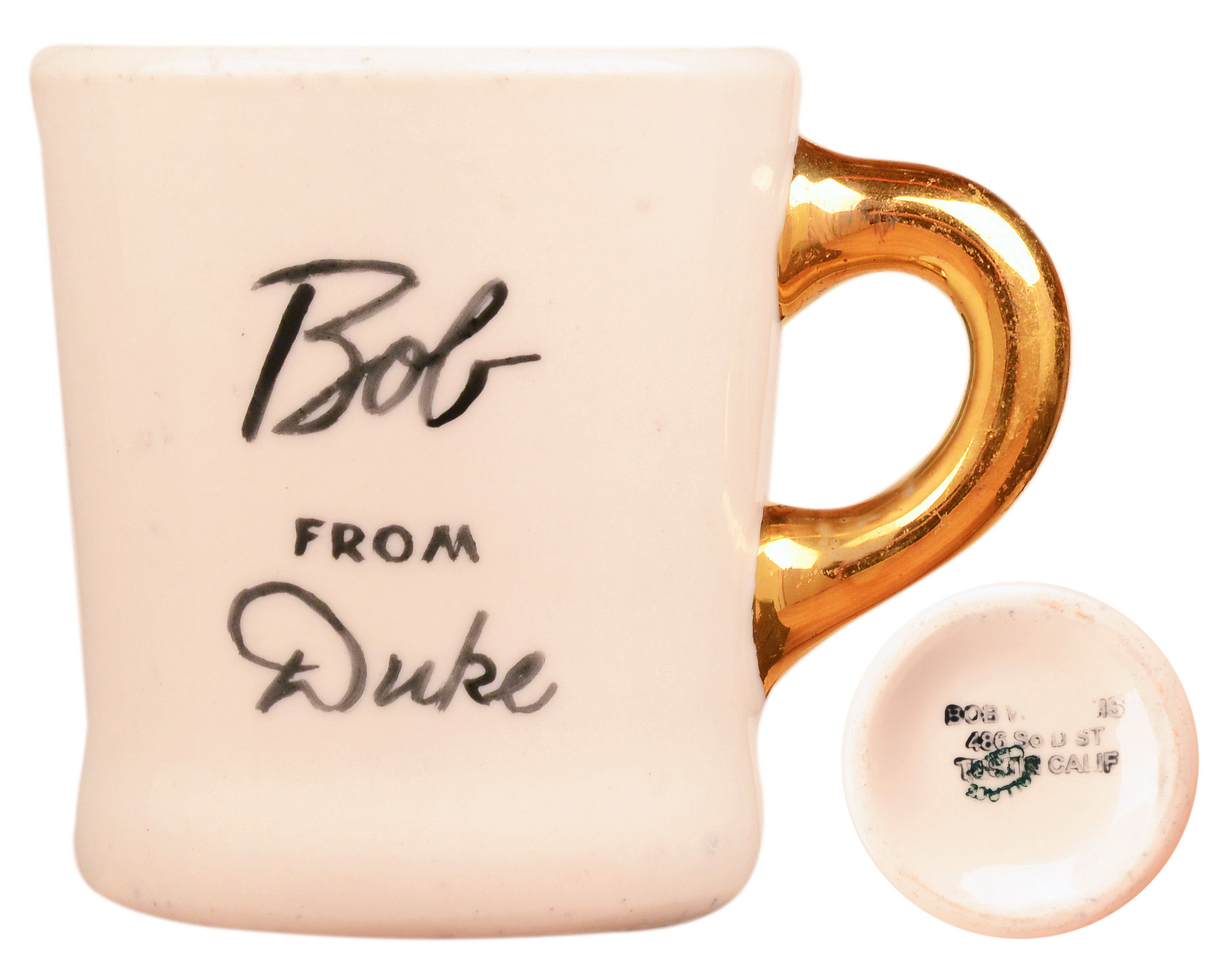 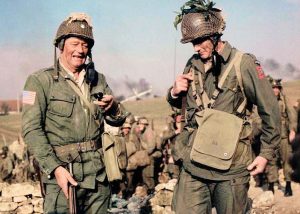 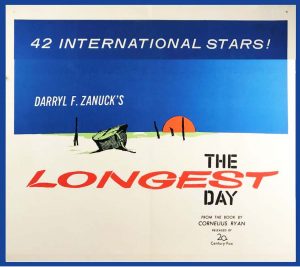 The Longest Day mug is the twenty second Bob Williams did for John Wayne.  Painted on the traditional heavy Wallace mug, note yet another variation on the Wallace logo on the bottom.   John Wayne did not want to make this movie.  Darryl Zanuck wanted him in the movie so much he offered Duke’s agent starring money for what amounted to little more than a cameo performance.   Duke agreed in the end as a favor to his agent.