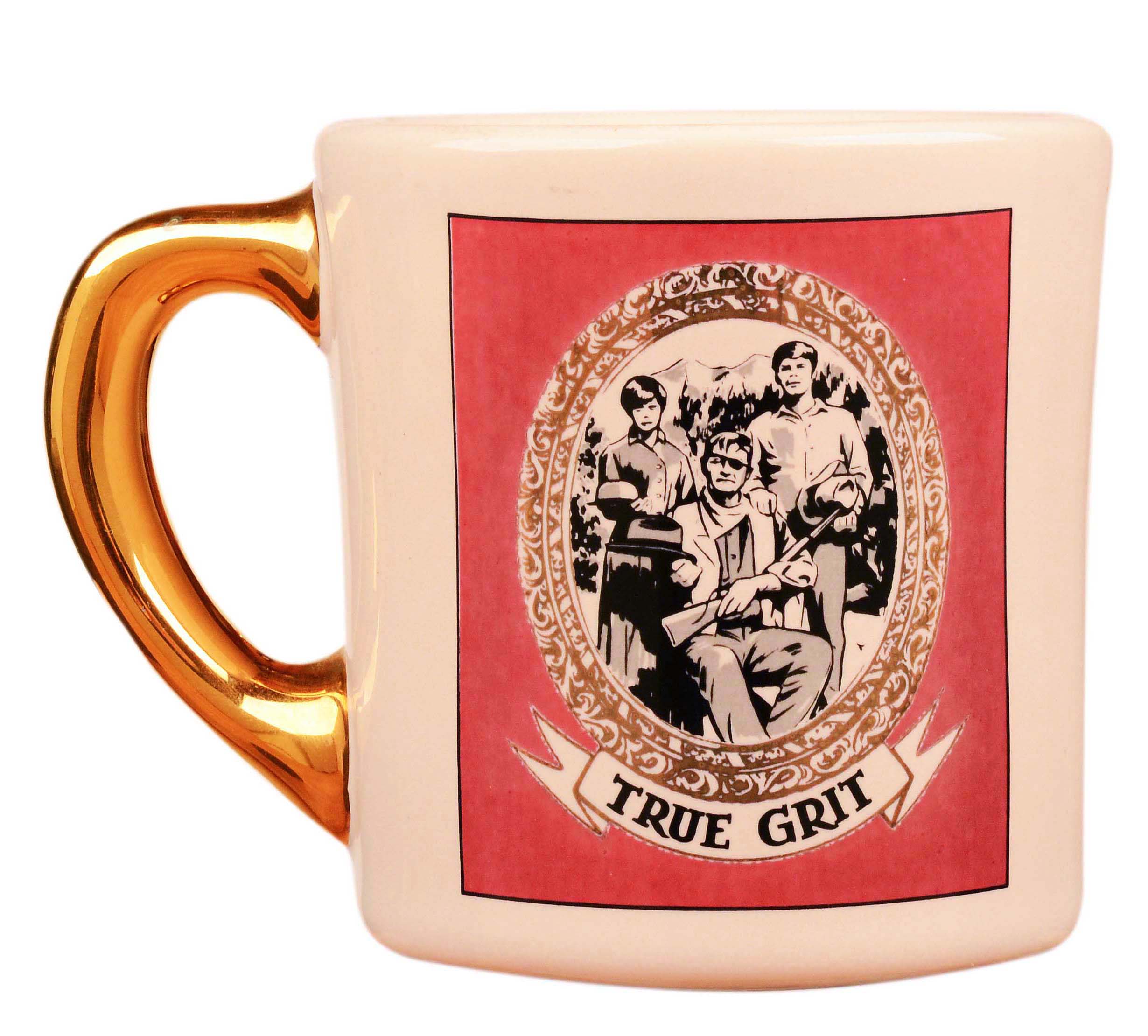 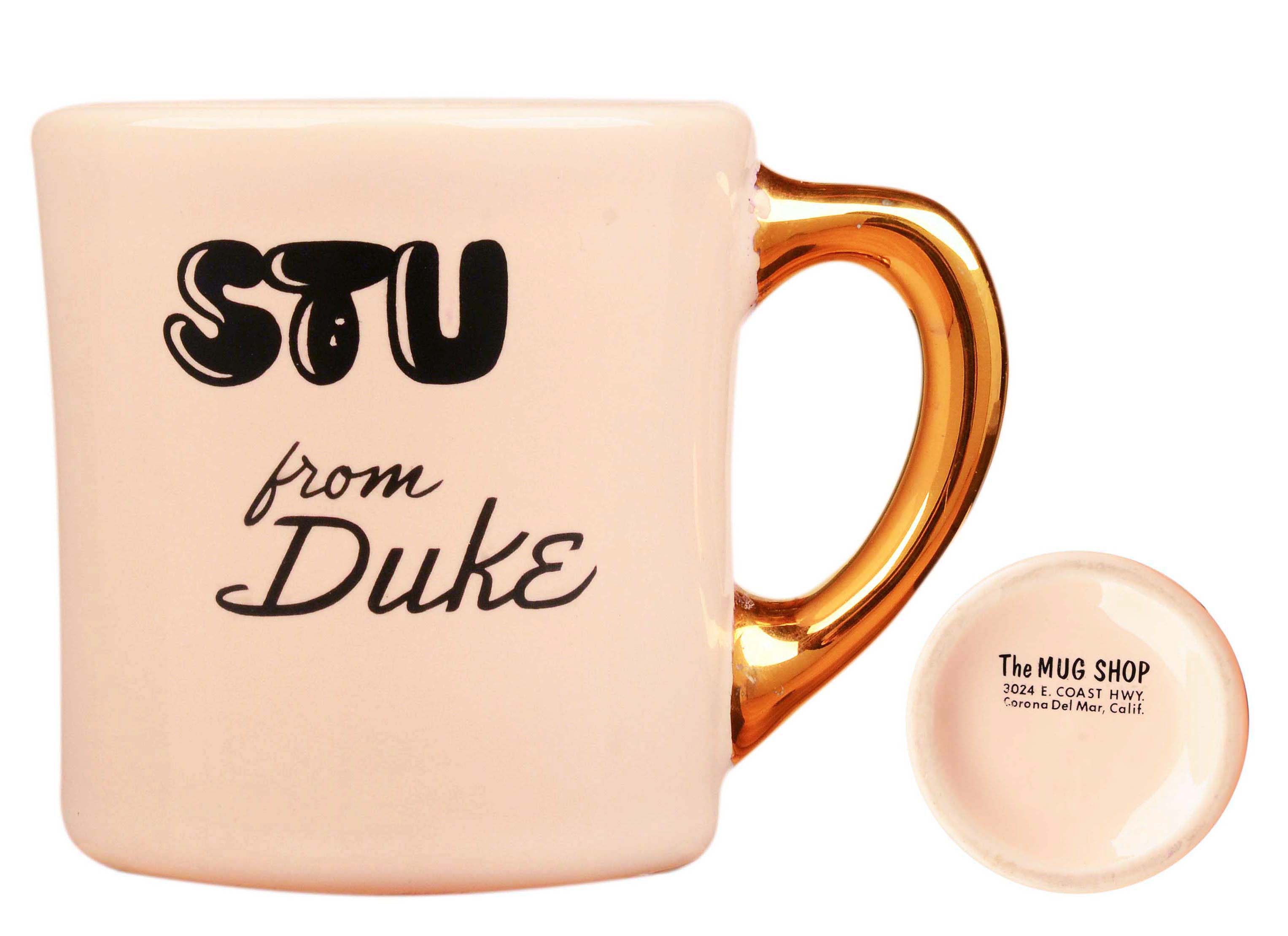 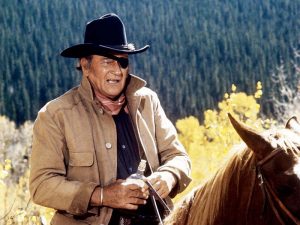 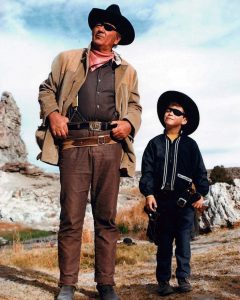 True Grit was the sixth mug made by the Mug Shop on a Burden China blank.Of course this is the movie for which John Wayne was finally recognized with his much overdue Academy Award.   It’s ashamed Hollywood politics unfairly prevented Duke from the many Oscar(s) he deserved.  If you’ve ever seen his acceptance, it’s obvious how much being acclaimed by his peers meant to him.  So it’s easy to see the special value in this mug, as it is for “the” movie John Wayne won his only Oscar.  An interesting side note, is that the next time John Wayne showed up on the set of the movie he was currently filming, everyone was wearing an eye patch like the one he wore in True Grit.  A touching gesture from those who worked with him. After over 40 years in the business, while accepting his Oscar, Duke whispered to the presenter, “Beginners Luck!” 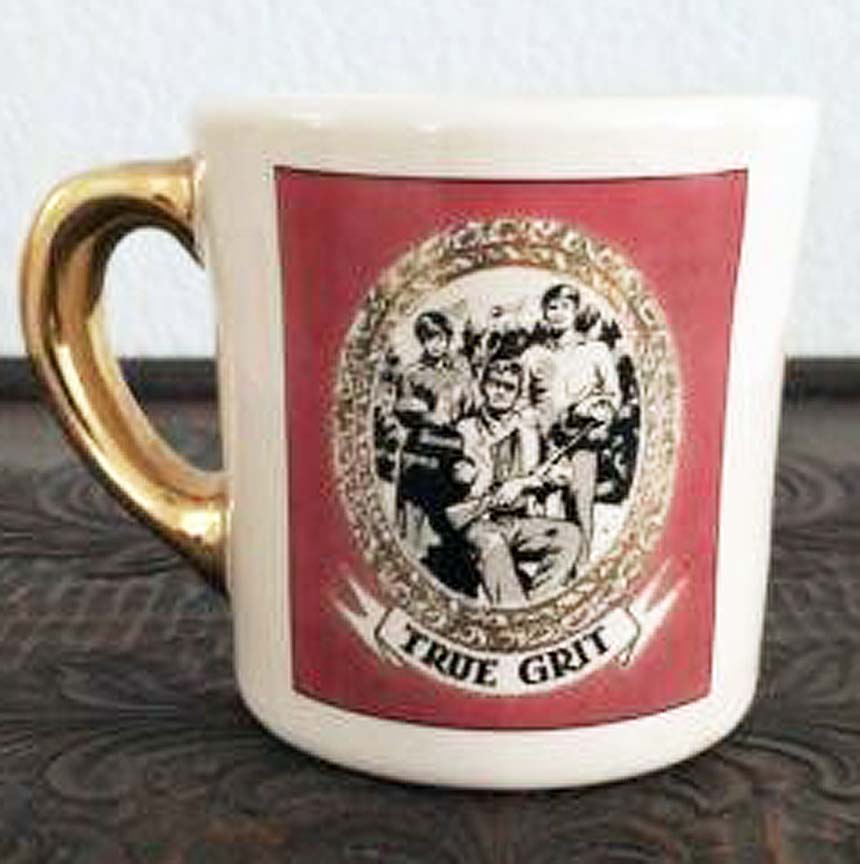 “VINTAGE JOHN WAYNE MOVIE MUG TRUE GRIT FOR CAST & CREW 1968 RARE FINDThis mug is without chips or cracks. The mug has been stored or displayed in a curio cabinet for many years and not used. No wear detected on the gold handle.“ 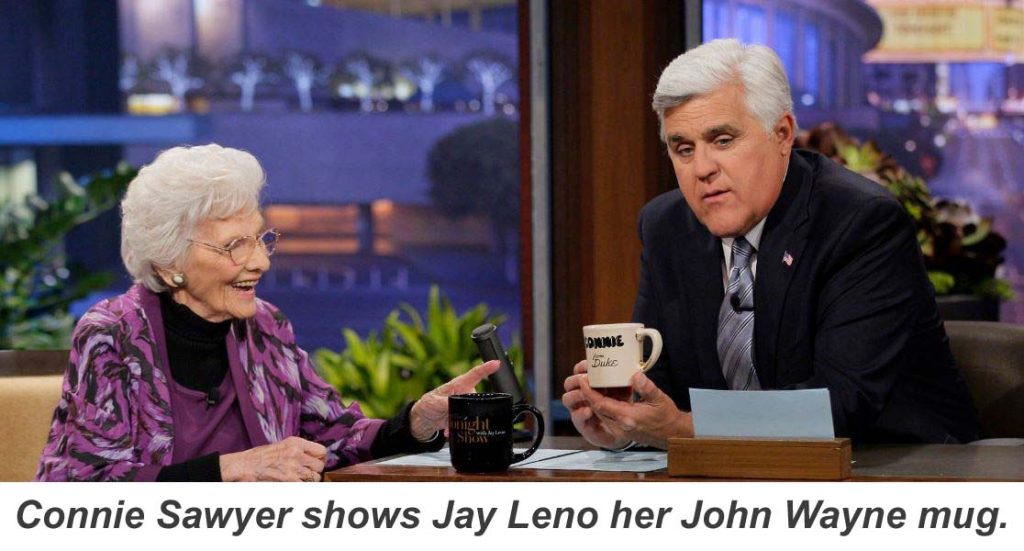