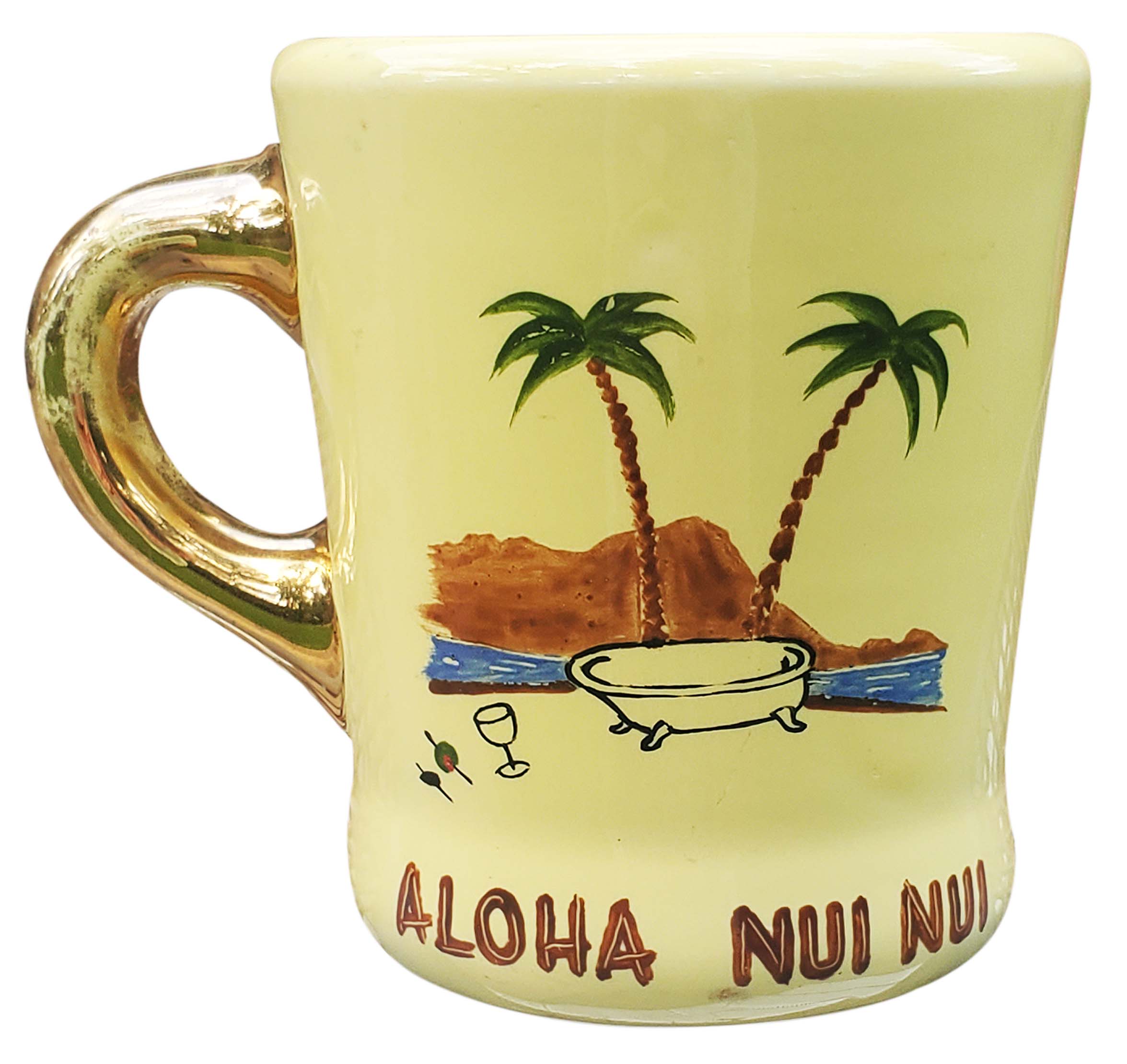 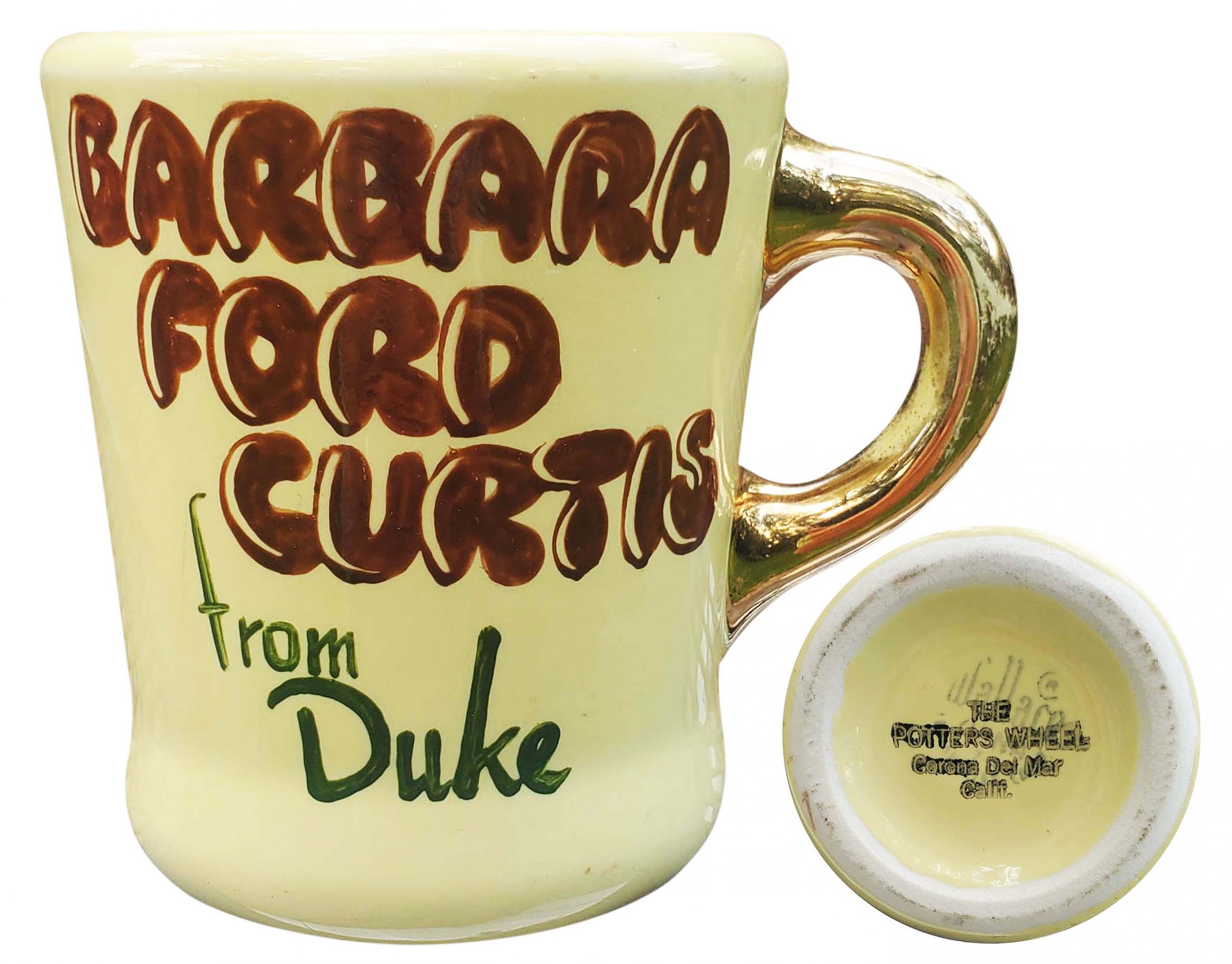 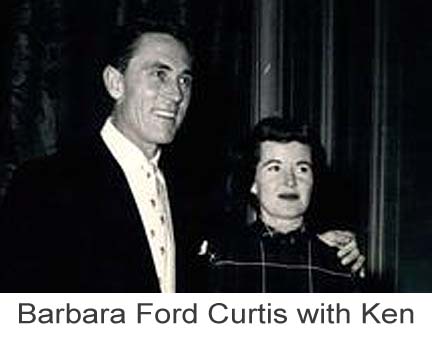 This is the third John Wayne mug Bob Williams did and the second one on a Wallace mug with a distinctive yellow cast.   Curiously it is stamped “The Potters Wheel”.  Since it still has the same address on the stamp as the previous two, Bob had not moved to his new address yet or started putting his name on the mugs.

This mug was given to Barbara Ford Curtis, daughter of the legendary Director, John Ford.  John Ford discovered and directed John Wayne in many of his most famous movies including The Searchers, The Man who shot Liberty Valance and many more like Big Jim Mclain.  Barbara Ford worked with her dad on many of his films and married Ken Curtis who appeared in many of Duke’s movies.  Curtis is well known for his portrayal of Festus in the long running TV series Gunsmoke and was an incredible singer.   He sang in several of John Wayne’s movies, including The Searchers and Rio Grande. 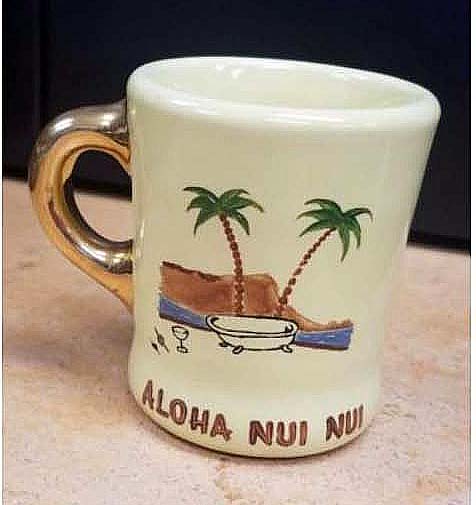