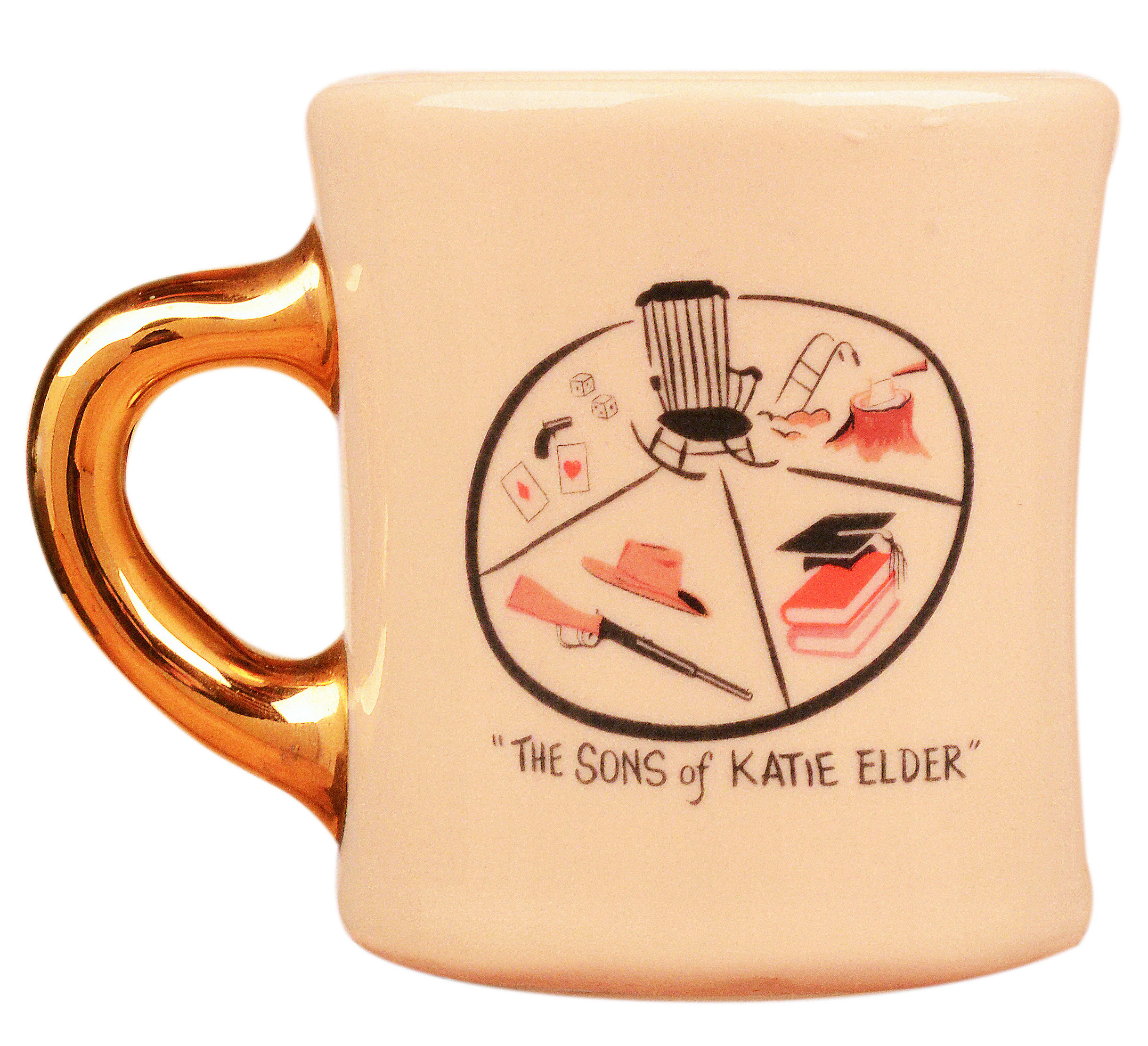 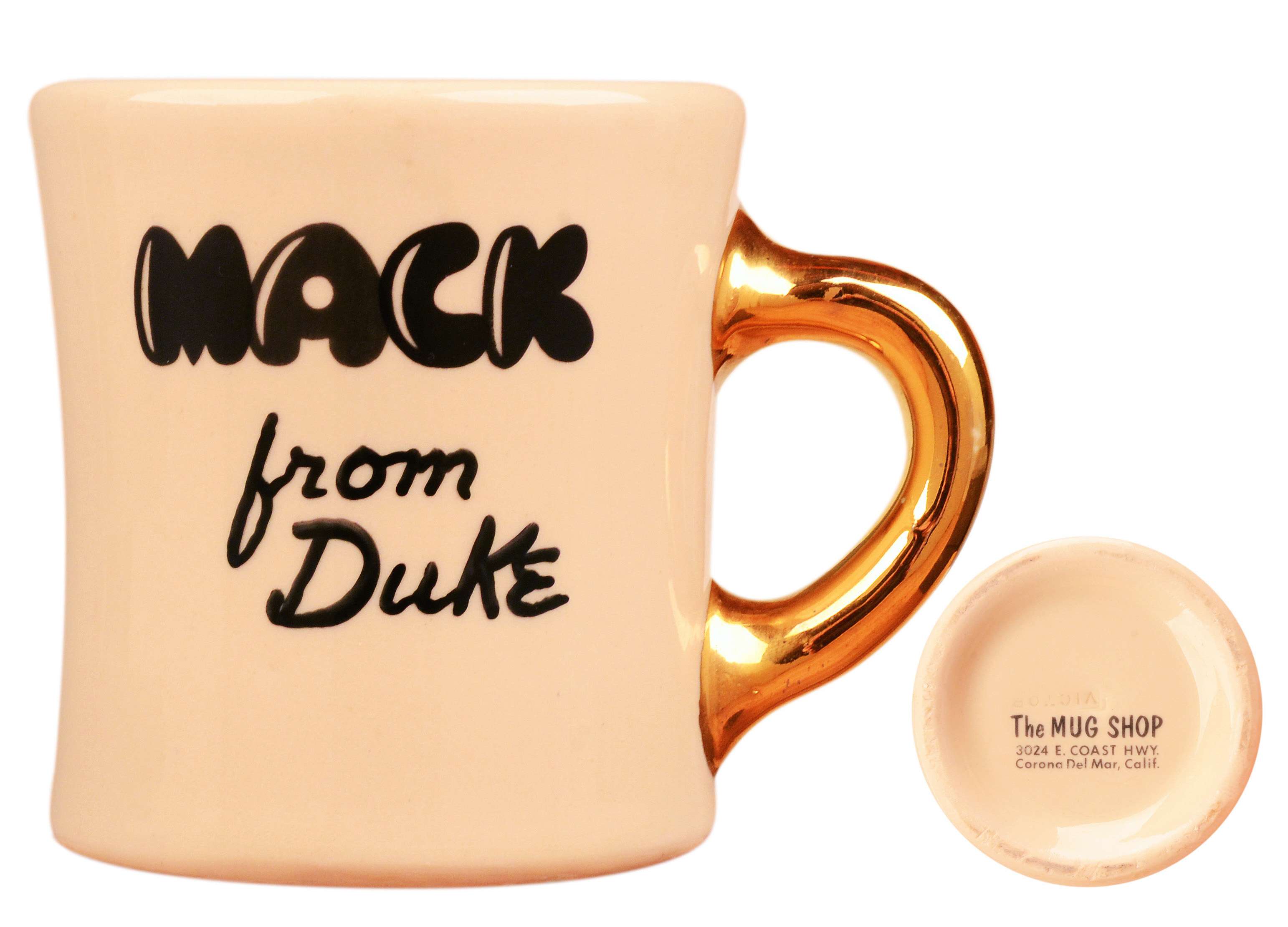 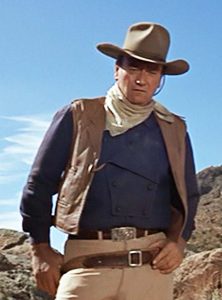 The Sons of Katie Elder is the first mug made by the Mug Shop in Corona Del Mar, Calif.   They used a “Victor” mug which was closer in design to the original Wallace mugs.  They were taller, and heavier than the Hozan mugs and also closer to the Wallace beige color.  Once again, McLintock was the last hand painted mug.  The Mug Shop mugs were “imprinted” with a mechanical process that we believe involved making a decal of sort and then applying it to the mugs.  We have more information about this process in the “History” section of our site. 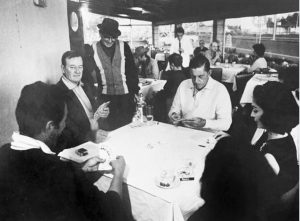 Here is some great info
from a relative of Mack Gray:
“I can help you with the Mack inscription on The Sons of Katie Elder mug. That was my uncle Mack Gray’s mug. I inherited it in 1981 and sold it on ebay around 2010 to the best of my recollection. I sold it for about $1,700 at the time if memory serves me which was a good price for a Wayne mug 10 years ago, I was satisfied with that price back then. I sold it to someone in Texas. The photos on your page are not the ones I took for ebay, they look much more professional and the price went up when it was resold in 2013. His had gold on the handle, the front shot does not have any so it must be two different mugs. Mack worked with Dean Martin for 35 years and knew John Wayne from both Rio Bravo and Katie Elder. I have some pics of Mack with Wayne, this one was taken down in Durango Mexico with Wayne and Dean Martin and Pilar and Mack with the cigar while they were playing cards..”

There were very few mugs made for The Sons of Katie Elder.  From John Wayne Enterprises:   “In fact, production and distribution of those cups was a major job that Wayne typically entrusted to Mary St. John. During production of The Sons of Katie Elder in 1965, for instance, she typed up a list of seventy people for whom she would have to get mugs produced, plus four more for family members, with special instructions from Wayne about what to write on each cup. In the Wayne archives’ folder from that project are original sketches Wayne commissioned from a local artist to be transformed into a logo for all those mugs.” 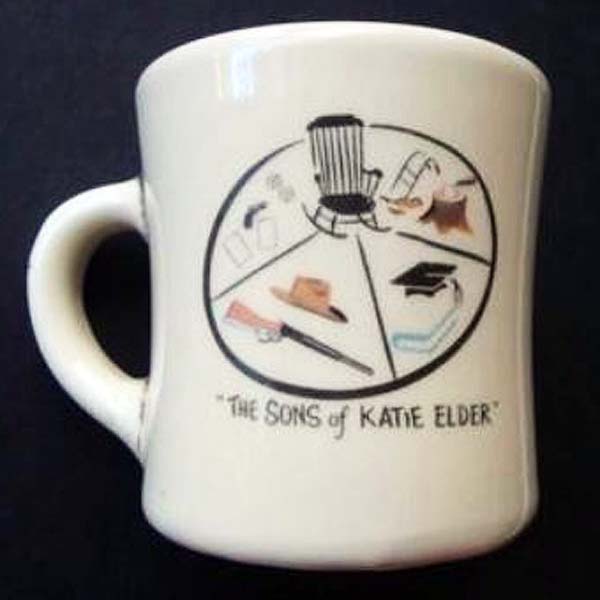 “I’ve been buying and selling John Wayne cast and crew mugs off and on for the last 15 years and keep an eye on other Ebay sales as well and this is the first and only Katie Elder mug I’ve come across or seen offered. Gold handle paint rubbed off, otherwise excellent condition with no chips or cracks.”


IMDB In Sons of Katie Elder

victormug.com  A History of the Victor Mugs