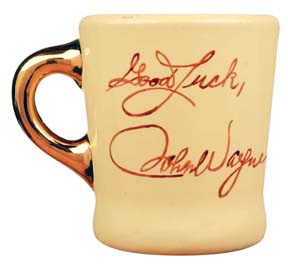 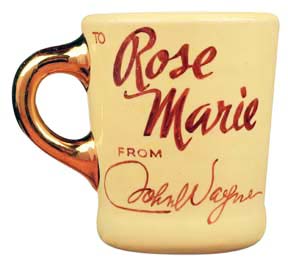 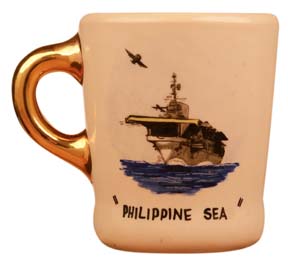 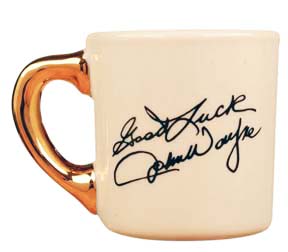 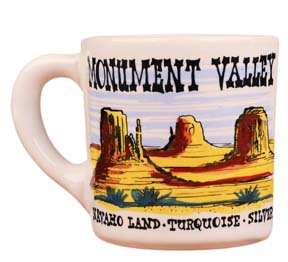 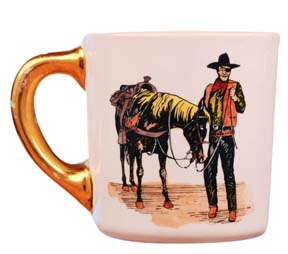 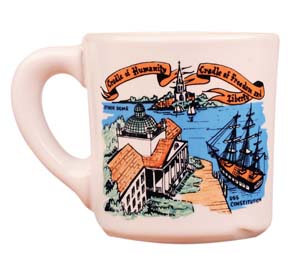 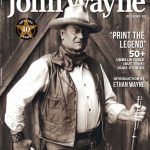 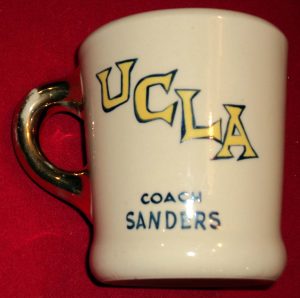 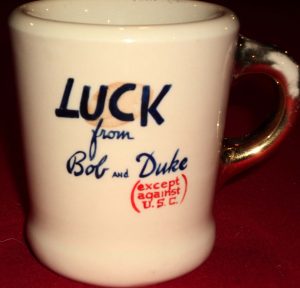 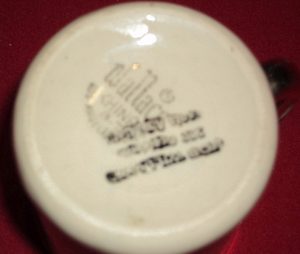 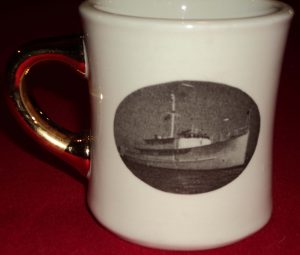 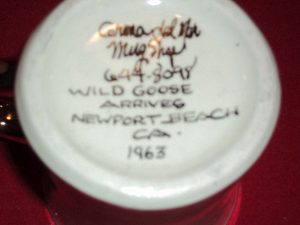 Great information from Jeff J. in Pennsylvania. May 2019

Jeff sends us photos of several John Wayne mugs new to our site.   The first has “UCLA Coach Sanders” on the front with “Luck from Bob and Duke(except against U.S.C.)” on the back.  Jeff tells us he believes the Bob on the back refers to John Wayne’s brother.  Of course Coach Sanders is the legendary Henry Russell Sanders who coached the Bruins football team from 1949-1957.  He won a national championship at UCLA and was inducted into the College Football Hall of Fame in 1996.  John Wayne played football for U.S.C., 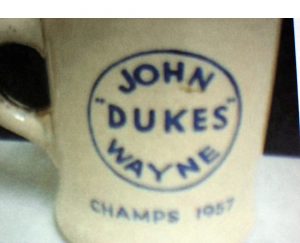 The next mug, another version of a Wild Goose mug features a black and white image of the ship on the front and is blank on the back.   The bottom is stamped “Corona Del Mar Mug Shop… Wild Goose Arrives Newport Beach CA. 1963.”  This mug was purchased from the guy that made them, he said John Wayne ordered them but never picked them up because he became very sick and died. He said he made about a dozen of them.  The last mug, has “John Wayne Dukes” on the front with “Champs 1957”.  On the back is “Alan”.  Jeff tells us these were made for a little league team he sponsored.

The message to the right appears on every page at our website.   The purpose of our site is to gather as much information about these John Wayne treasures as possible.  So when someone like Jeff takes the time to share with us his unique knowledge and photos from his incredible collection, we are extremely grateful…
Thank you so much Jeff!