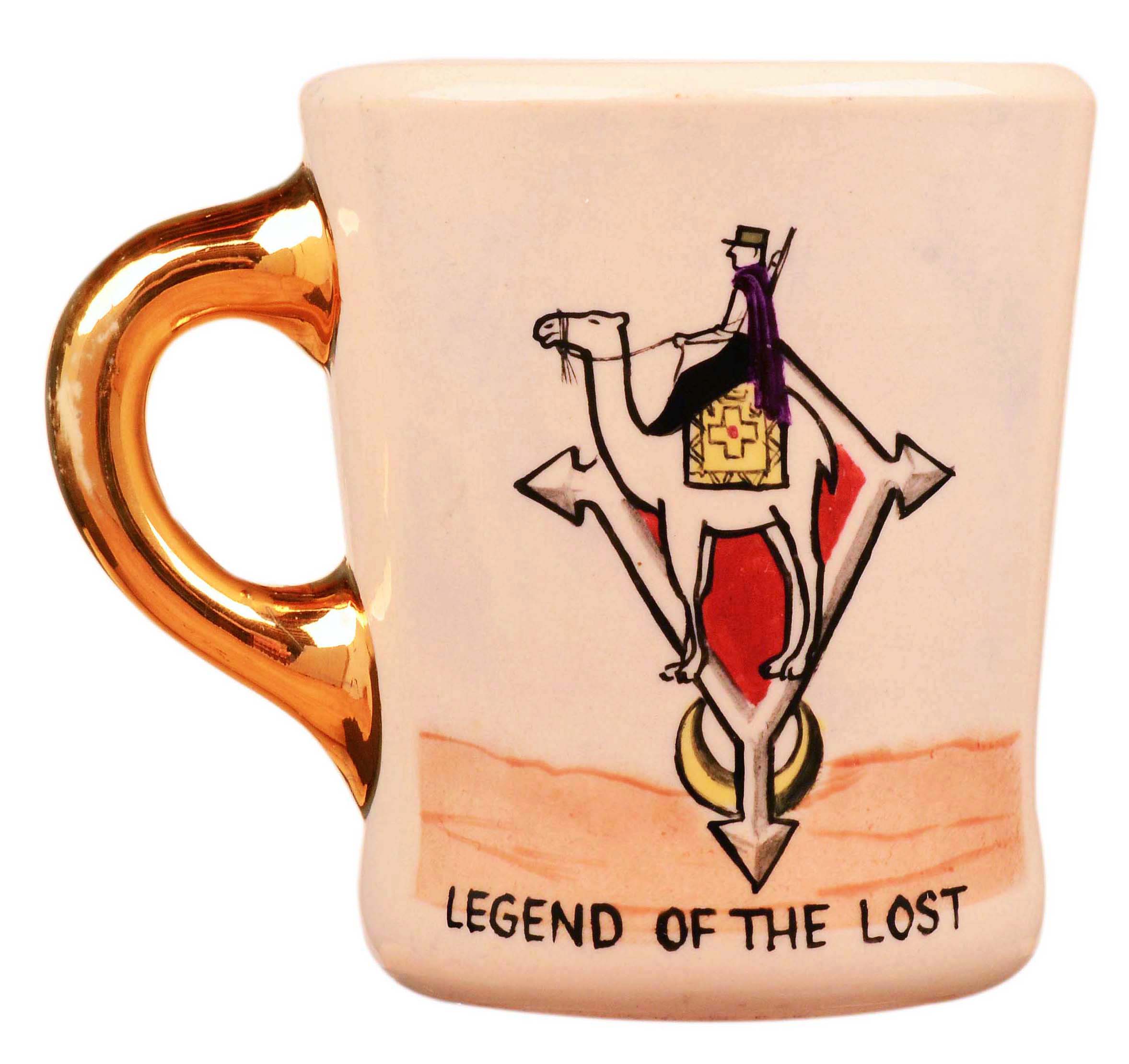 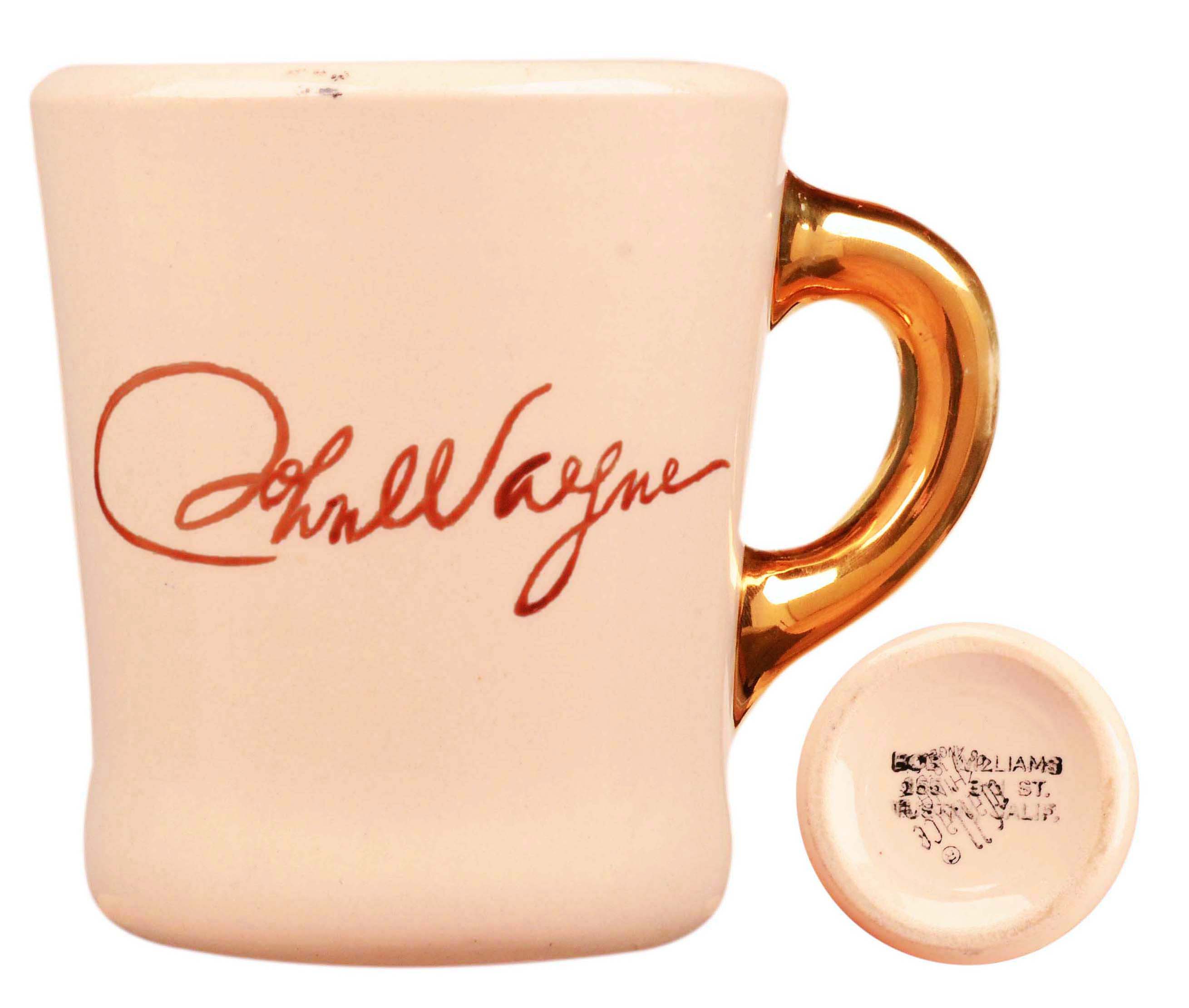 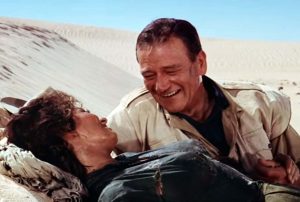 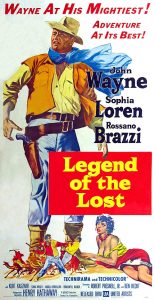 Legend of the Lost was the thirteenth mug Bob Williams did for John Wayne.  Legend of the Lost was not one of John Wayne’s most popular movies.  It’s interesting that some of the more obscure movies have some of the most valuable mugs in part because fewer of them were made.  Through the years we’ve only seen a couple instances of this mug and we were very surprised when this one showed up on Ebay.  To make it even more rare, this mug is simply inscribed “John Wayne” on the back.  This means it was not given by Wayne, but it was one of the mugs made for Wayne.  Every time a mug was made, he had at least one made for his personal use.  Through the years he gave away many of his “personal” mugs and we are fortunate to have several shown on our site.  Bob moved again as this was the first mug made stamped with the 155 W. 3rd St. address. 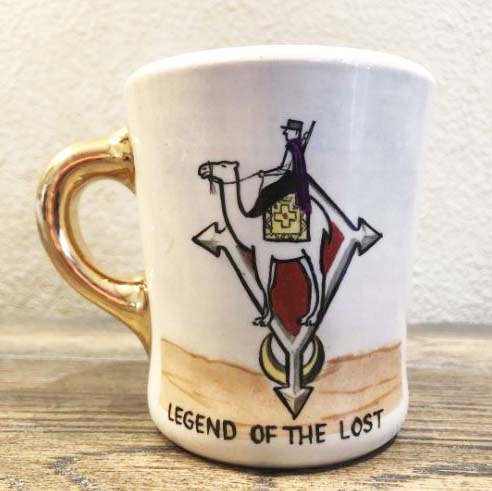 “However, I believe that this was John Wayne’s Personal mug.  Obviously these are quite scarce.“

IMDB Legend of the Lost