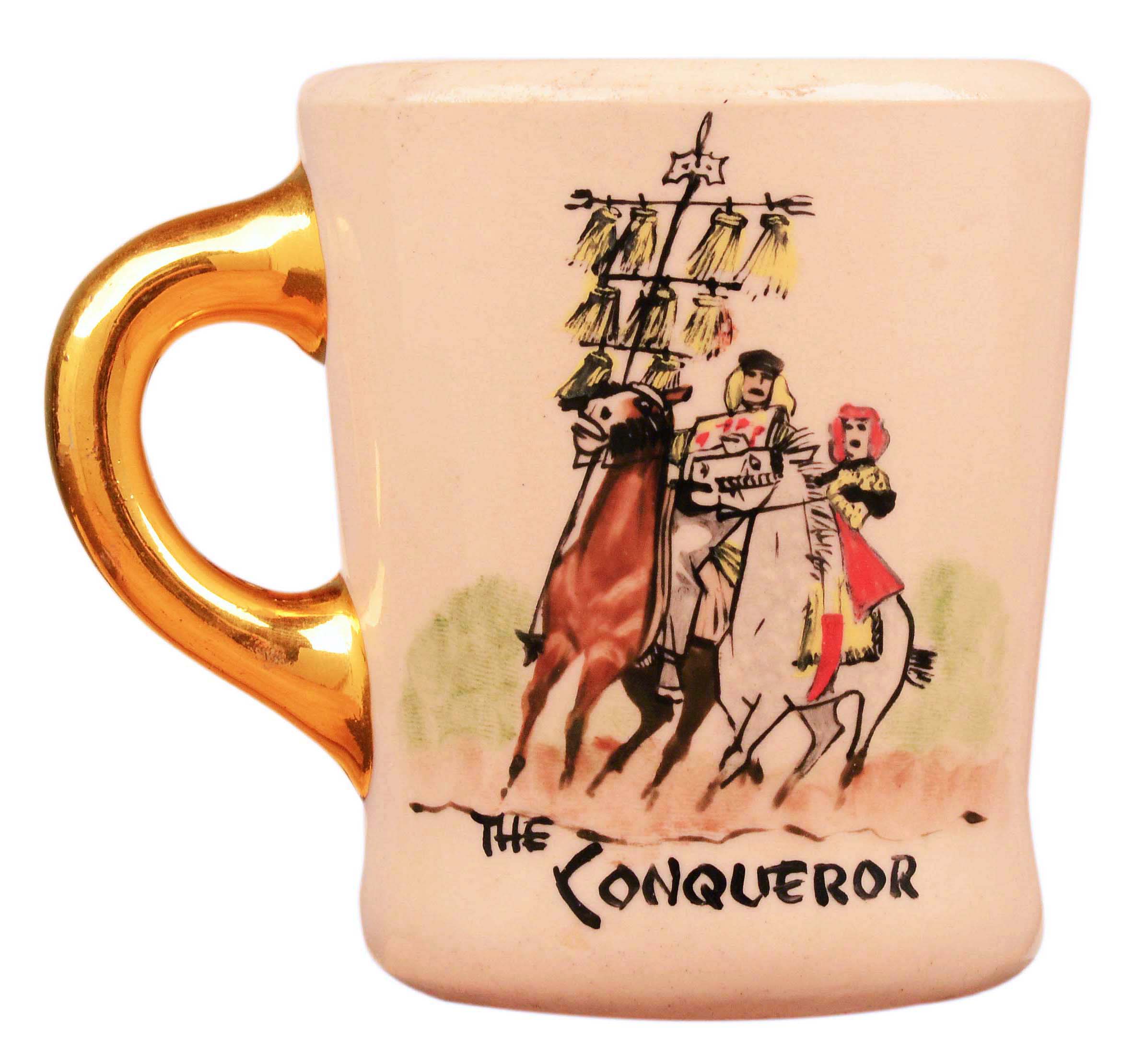 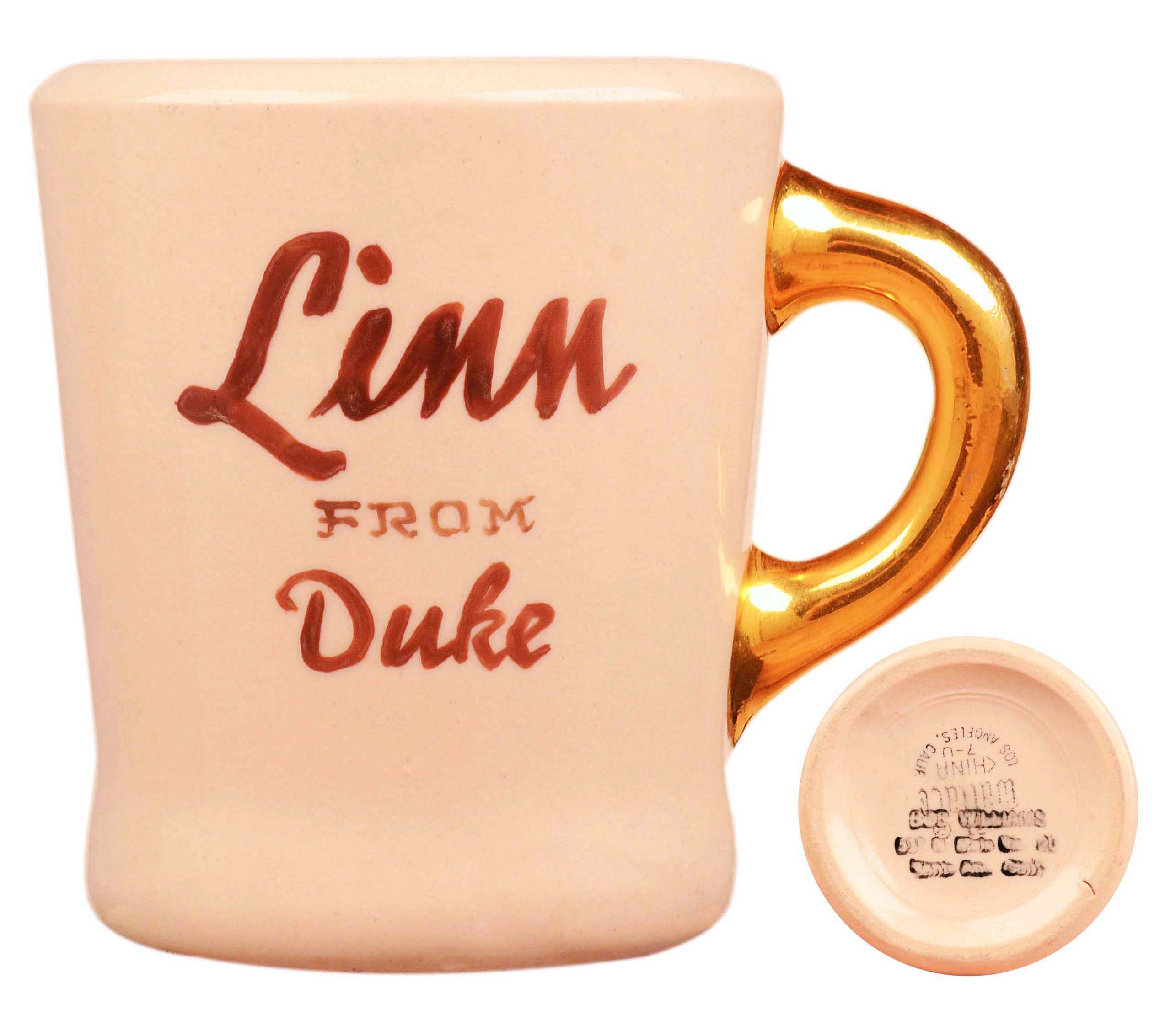 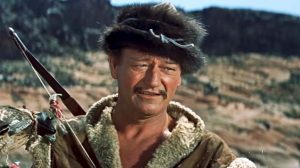 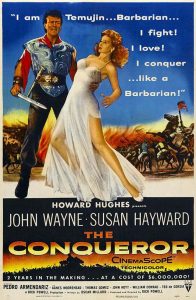 The Conqueror mug is the tenth mug Bob Williams did for John Wayne.  It was produced on the heavy beige Wallace mug.   Another example of the amazing detail Bob was able to achieve “by hand”… truly strokes of genius!  It’s interesting that the 515 N. Main address shows up on Bob Williams stamp again considering the last two mugs had the new 222 Occidental address.  Of course the important thing was that Bob Williams was on the stamp.   At the time Bob had no idea what valuable artworks these mugs would become.  If he had known, he may have been more careful stamping them for posterity.   It’s likely that some mugs could have different stamps even for the same movie. 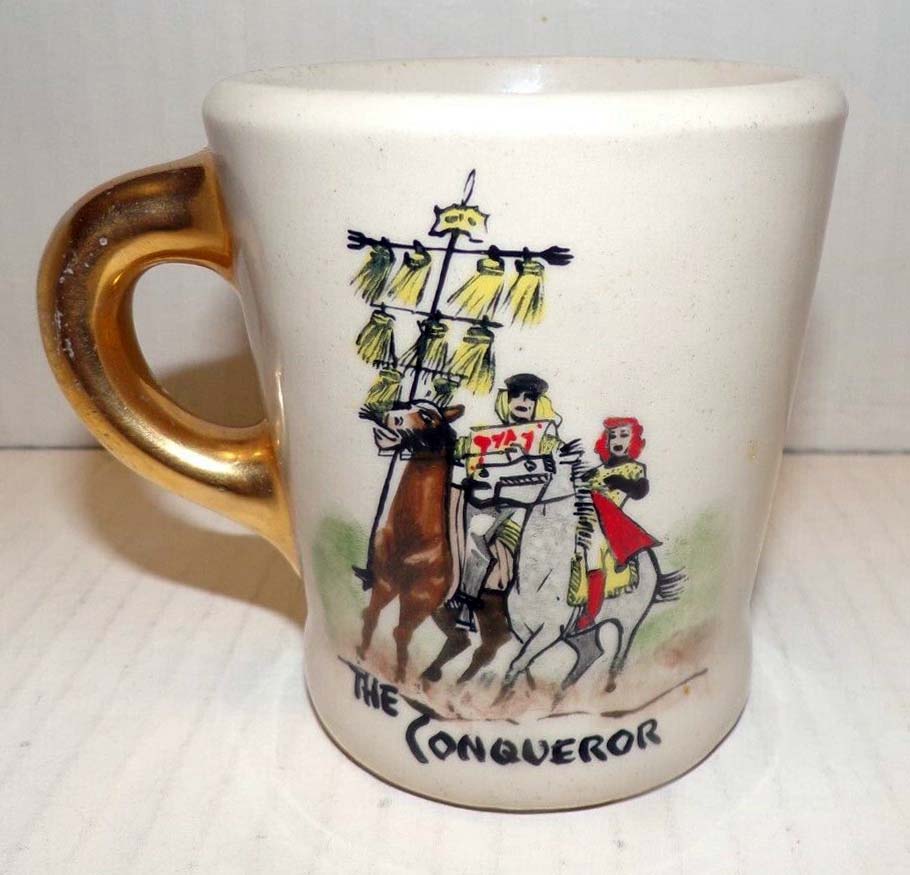 “This mug was gifted to sound director Walter Elliot by John Wayne.”