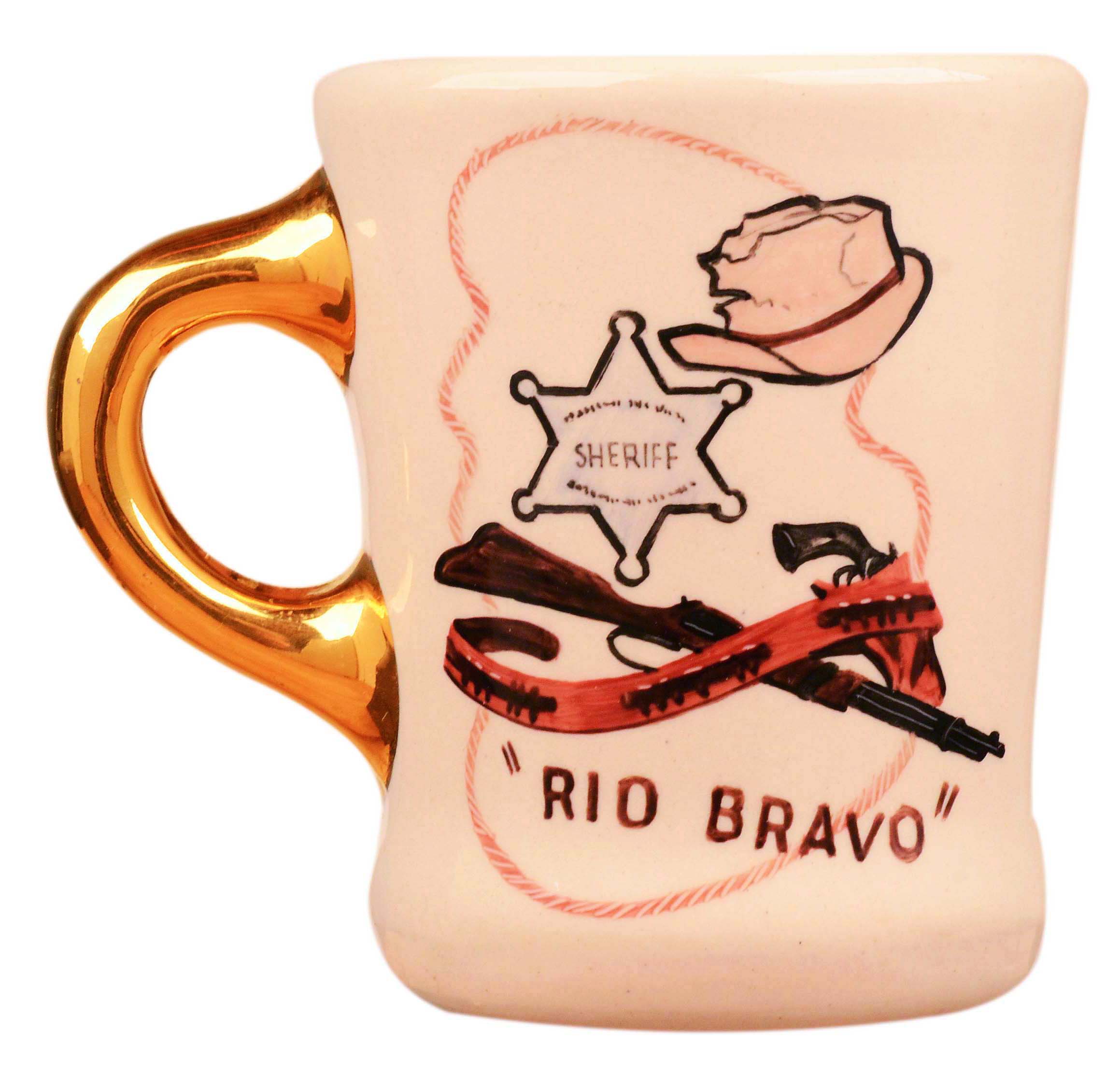 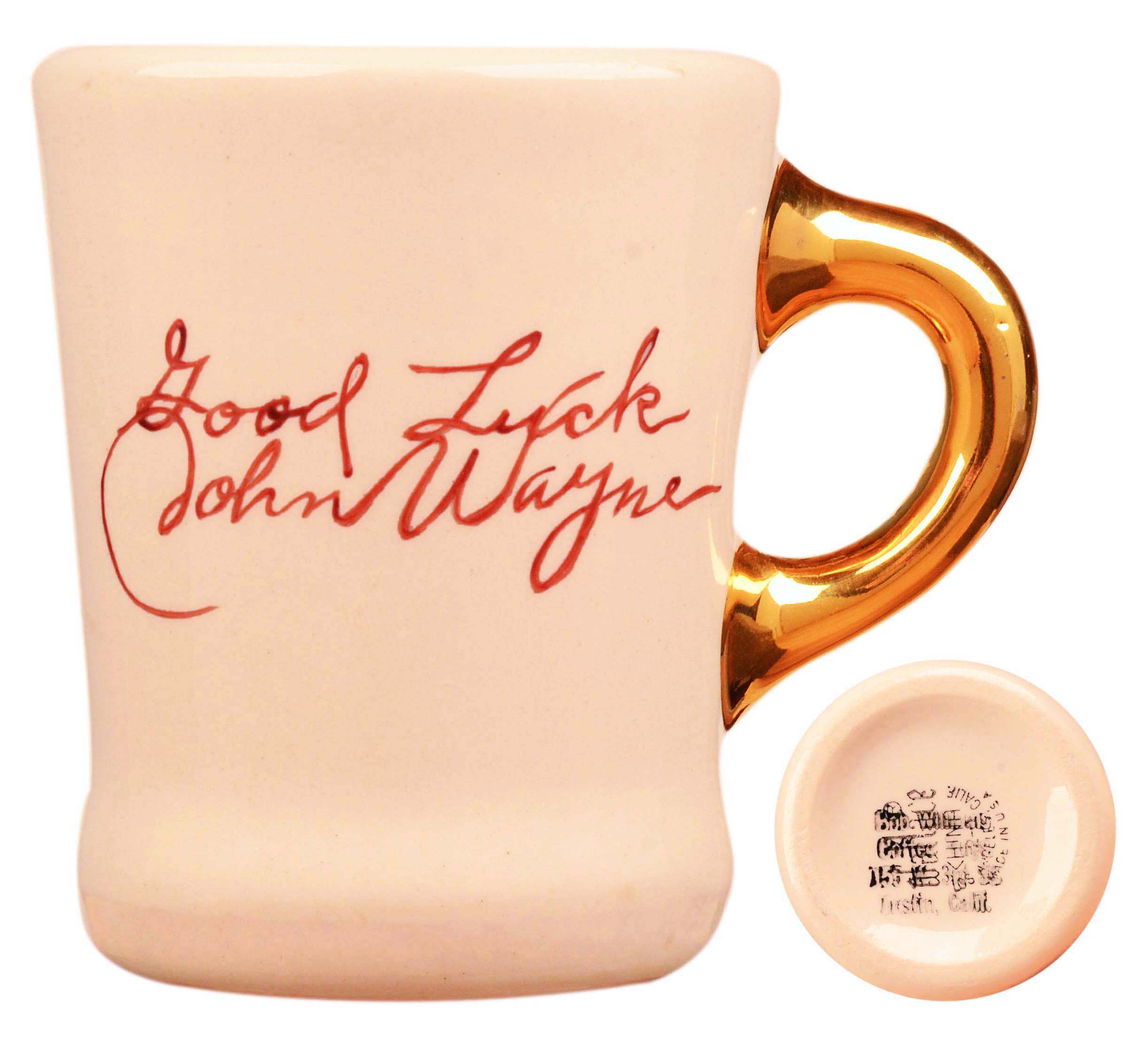 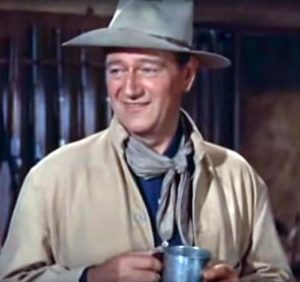 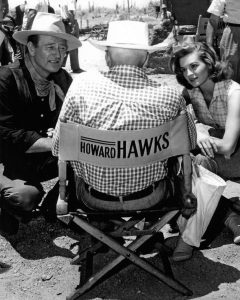 Rio Bravo was the fifteenth mug Bob Williams did for John Wayne.  This mug is our first example of a “Good Luck” mug.   John Wayne wanted to make sure no one was left out, so he often had a few mugs inscribed something to the effect “Good Luck John Wayne”.  This way if someone was left off the list they would still get their treasured mug.  They would also occasionally be given to minor contributors, caterers, security etc… as Duke appreciated everyone’s efforts involved in his films.  As you would expect, a mug personalized to a friend “Paul Fix” or a costar “Maureen O’Hara” would usually be more valuable than one with the more generic message.  Surprisingly because 90% of the mugs were personalized and only 10% (this is an average) were not, the “Good Luck” mugs are often valued just as high as many personalized mugs.   Indeed a rare “Good Luck” mug could be many 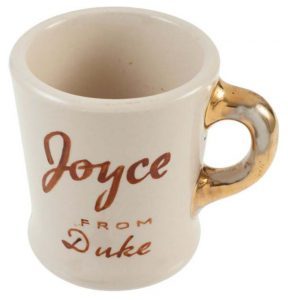 times more valuable than a common personalized mug.   That being said, the most we’ve ever seen paid for one of John Wayne’s mugs was a Rio Bravo personalized to “Joyce”.   Joyce Burnett was the assistant to director Howard Hawks.  She was not one of the costars of the movie, she isn’t even listed for the movie at IMDB, yet her mug holds the current record for value received.   Another interesting story about this fascinating collectible. 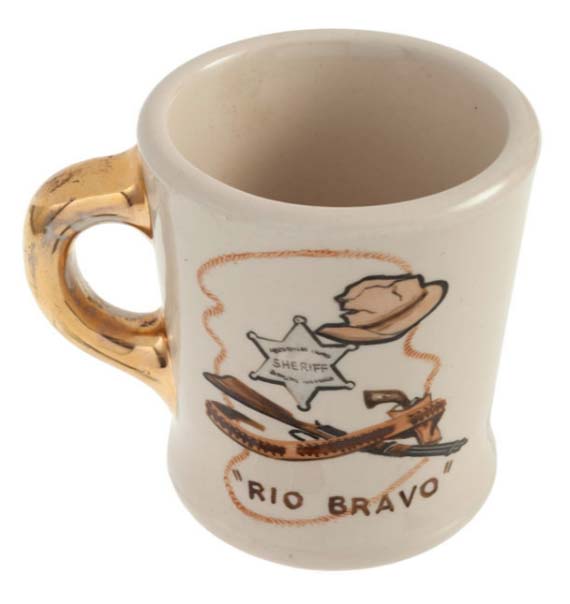 “…back reads ‘Joyce / from / Duke,’ (Joyce Burnett, the assistant to director Howard Hawks),…consigned directly by Joyce Burnett’s daughter.  (Please note that much of the paint is worn from the handle.)“