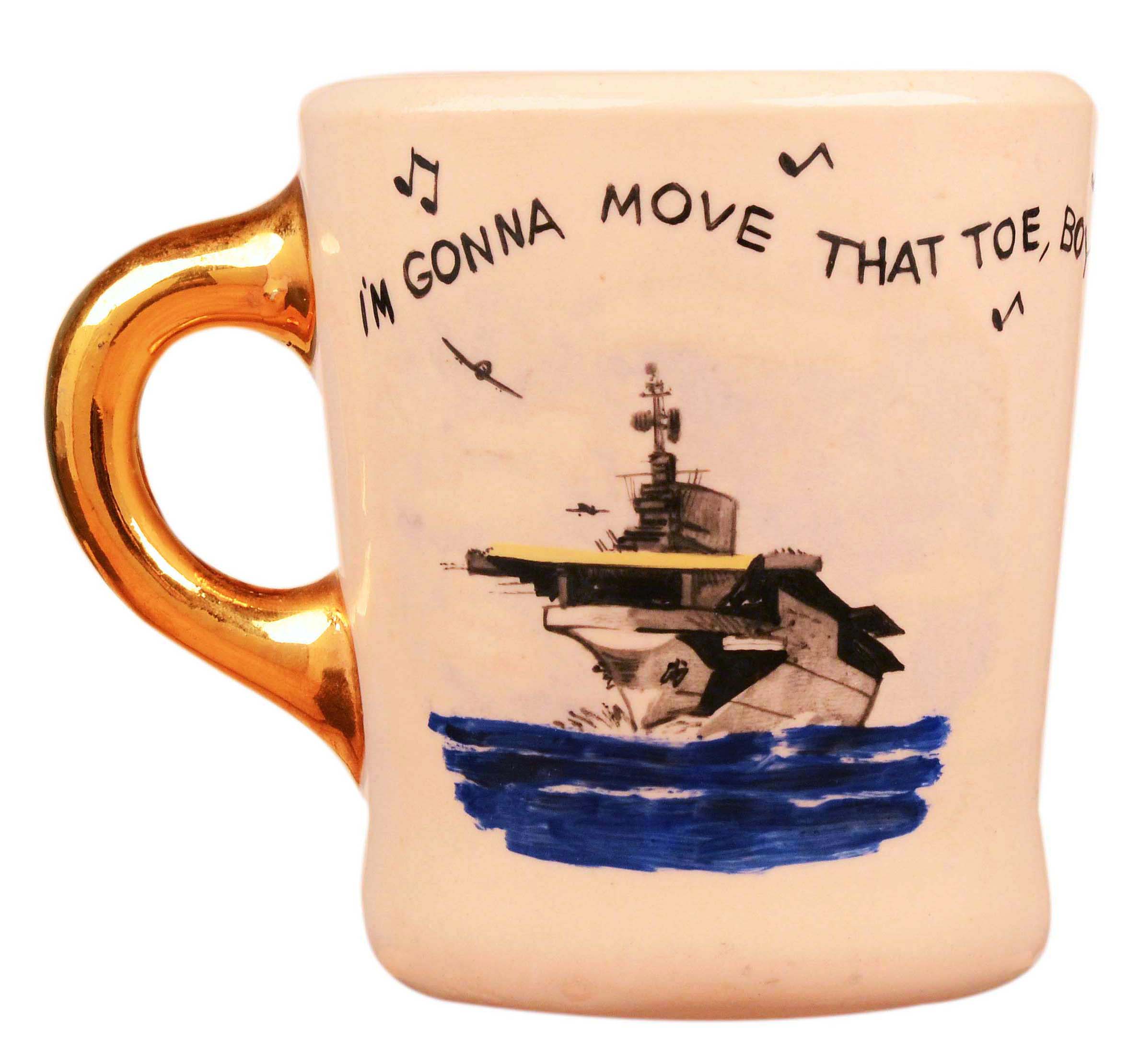 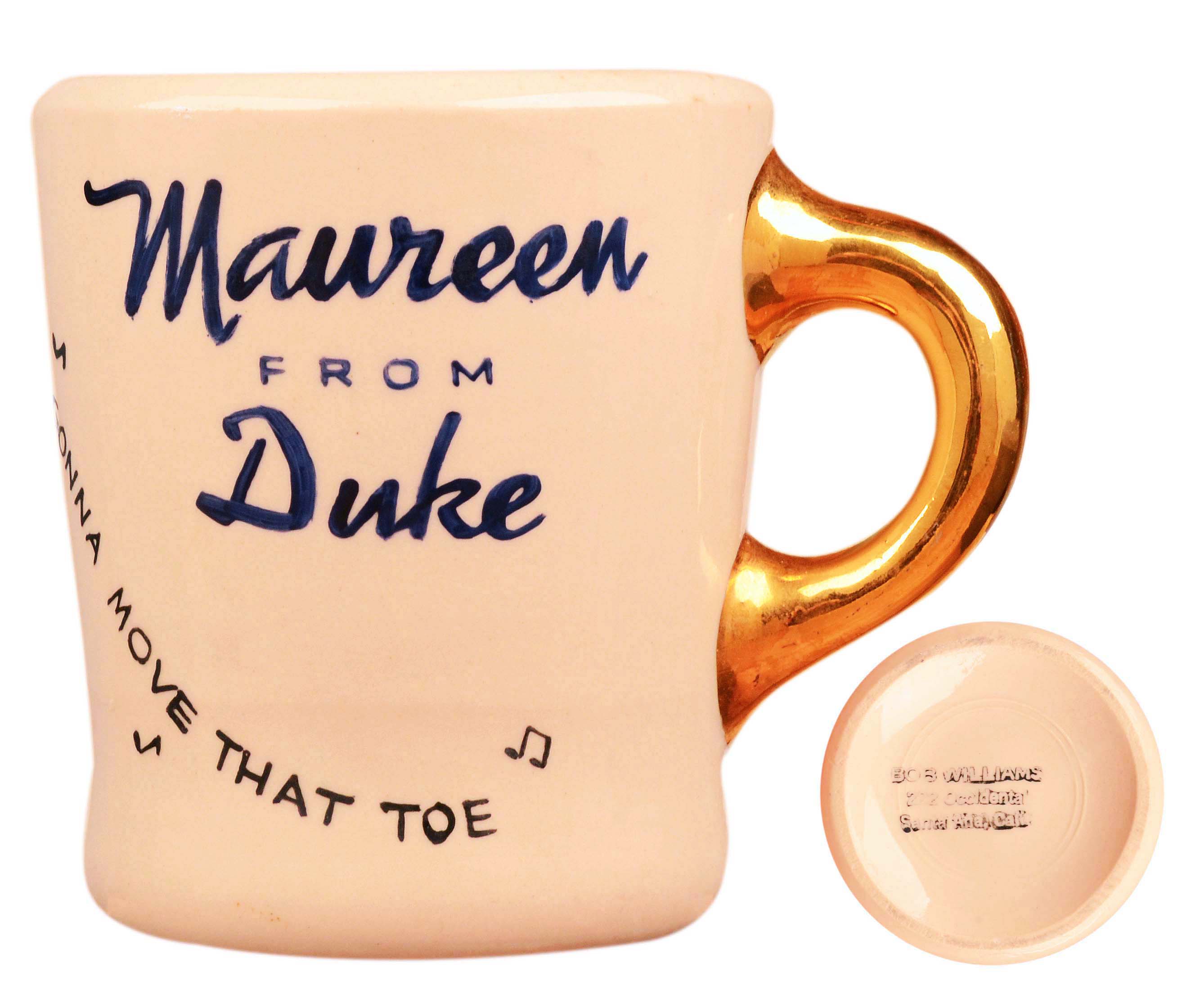 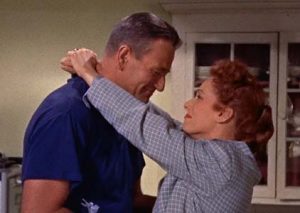 The Wings of Eagles mug was Bob Williams twelfth, by now the heavy beige Wallace mug had become the standard.

The Wings of Eagles is a very special mug as it was given to Maureen O’Hara, John Wayne’s favorite leading lady.  Like many of Duke’s mugs a tag line from the movie was incorporated into the design.  For this one it was “I’M GONNA MOVE THAT TOE, BOY, I’M GONNA MOVE THAT TOE”.  This particular mug was purchased at the THE ESTATE OF MAUREEN O’HARA, Bonham’s auction on Nov. 29, 2016.  The mug sold for $3,125.00.  Even though Maureen did many more movies with Duke, many of them were before John Wayne began his mug giving tradition.    Three of her mugs were auctioned that day.  Of interesting note, there is another version mug that was associated with this movie.  We have one listed in the “Others” section you can access by the link above.

Bonham’s described the mug: A Maureen O’Hara John Wayne gifted mug from The Wings of Eagles Metro-Goldwyn-Mayer, 1957. Ivory ceramic mug with a gold handle, painted with the image of an aircraft carrier and the words, “I’m Gonna Move That Toe,” and on the reverse, “Maureen / from / Duke.” The bottom of the mug is stamped with the name and address of the maker, Bob Williams. The phrase on the front of the mug refers to a scene in which Wayne’s character is rehabilitating in the hospital after a neck injury and Dan Dailey’s character encourages him to try to walk again.  Height: 4 1/4 in 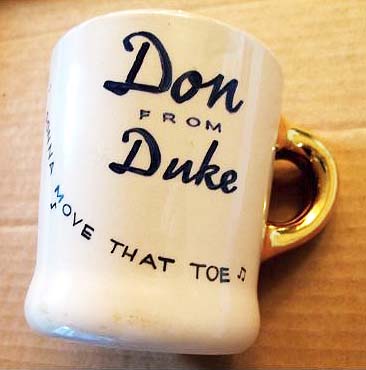 “This is a very rare and hard to find collectible.  This coffee mug was a personal gift given to Don (my dad) from John Wayne at MGM Studios on the set of ‘Wings of Eagles’, a 1957 movie where my dad worked directly on with the cast. “

IMDB The Wings of Eagles