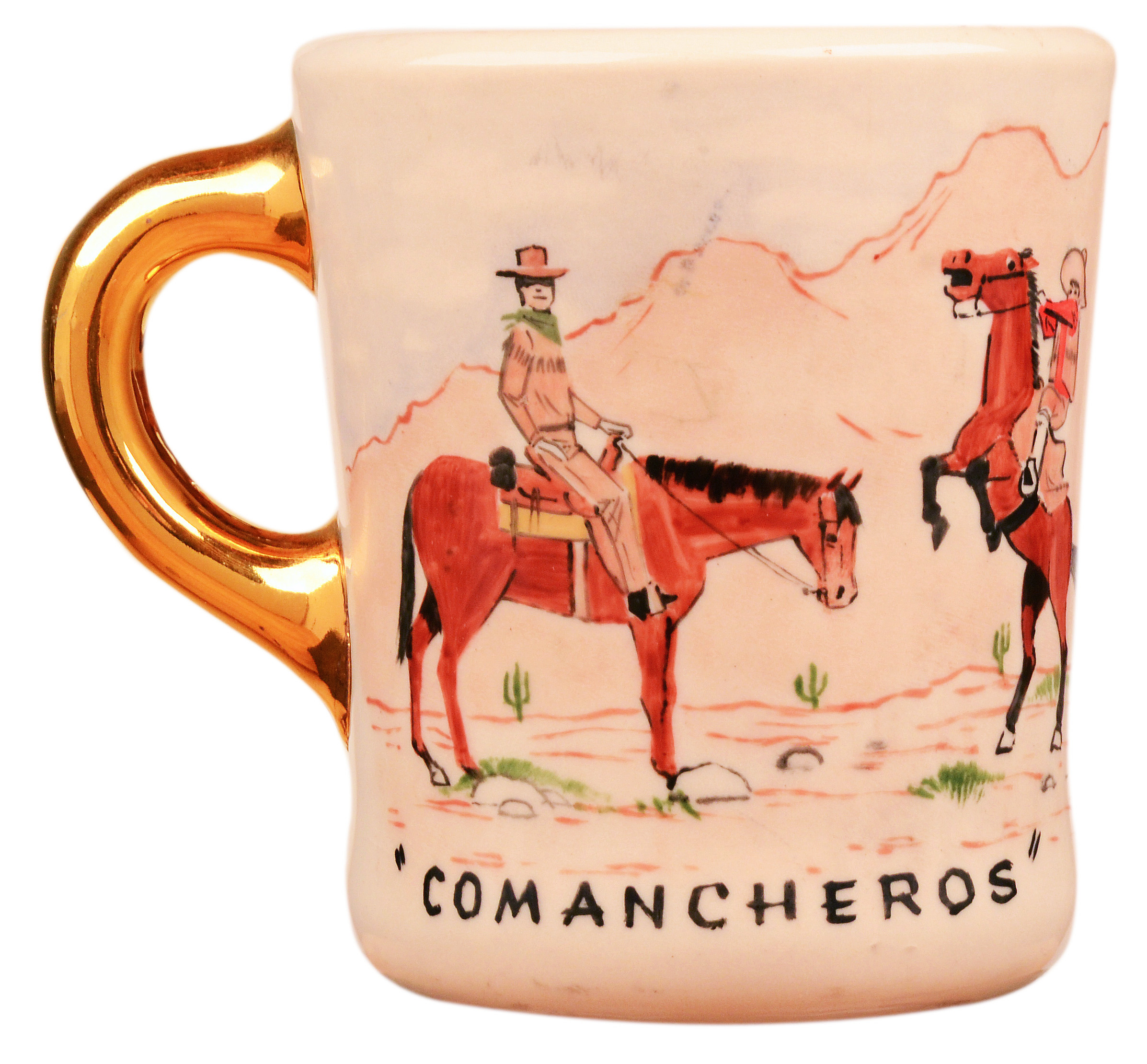 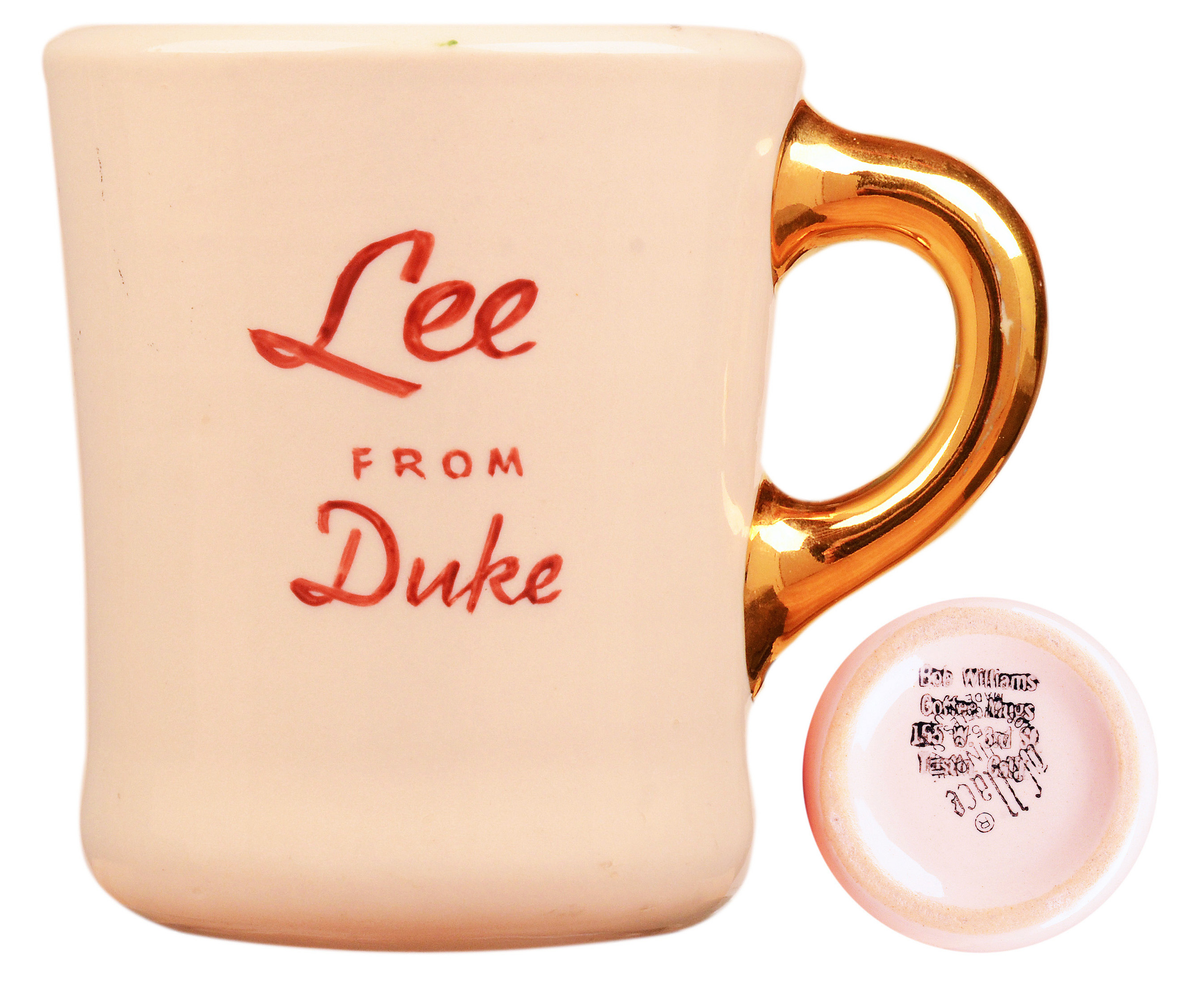 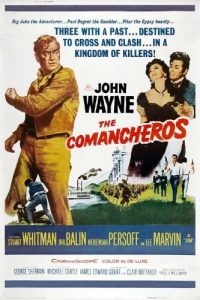 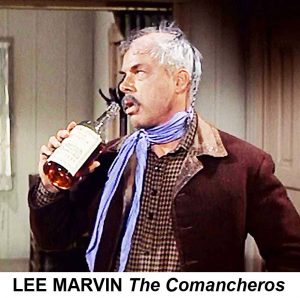 The Comancheros is the nineteenth mug Bob Williams did.

It is the first mug at our site from the collection of Academy Award winning actor Lee Marvin.  Lee Marvin costarred with John Wayne in three movies.  His mugs were included at the Lee Marvin Julia/Morphy auction in August of 2010.  His wife Pamela Marvin offered the mugs.   The mugs were auctioned as a set and they brought over $8,000.00 including auction fees.   The set included The Comancheros, The Man Who Shot Liberty Valance and Donovan’s Reef. Bob Williams created

a beautiful landscape western scene with two cowboys on their horses.  He used the traditional heavy Wallace beigh mugs. 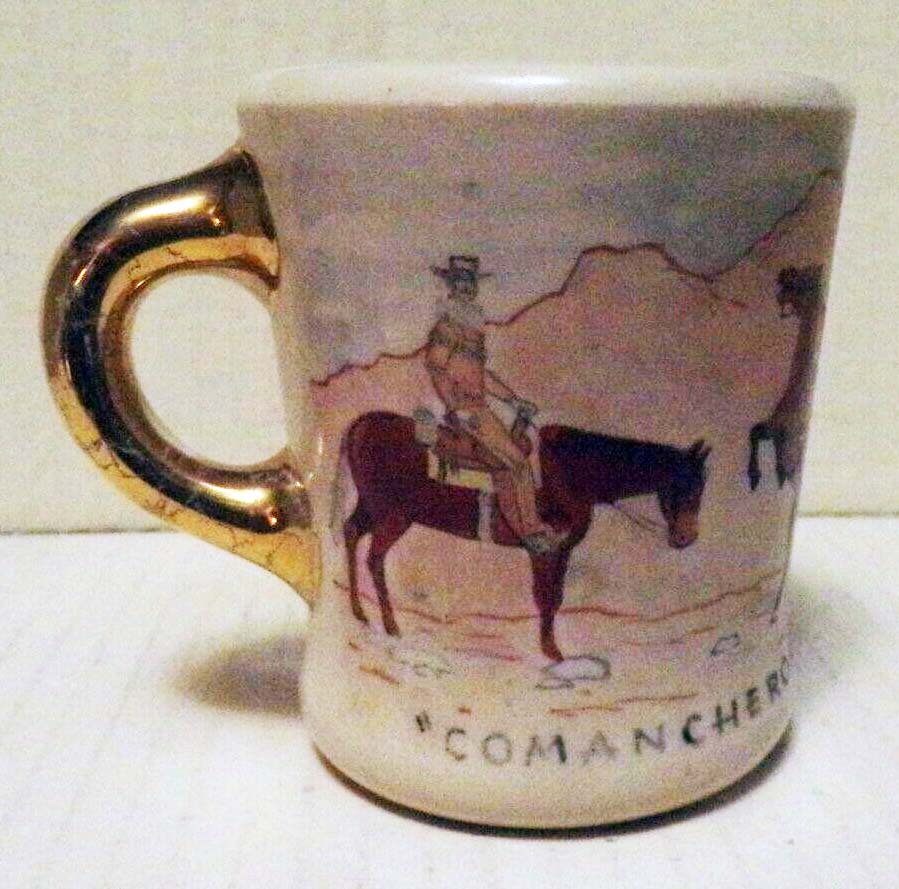 “This mug was gifted to lighting crewman John Howard by John Wayne.“