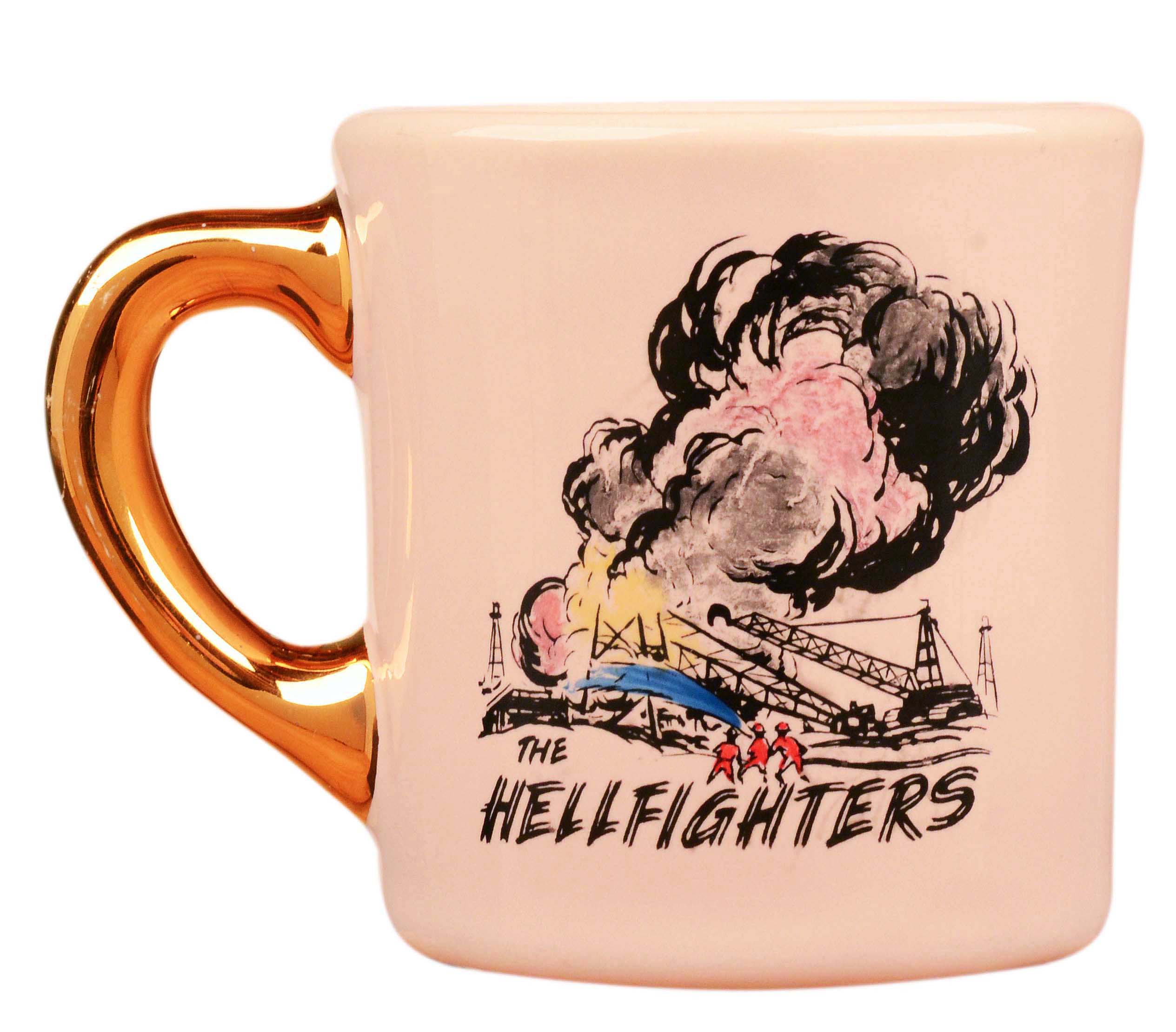 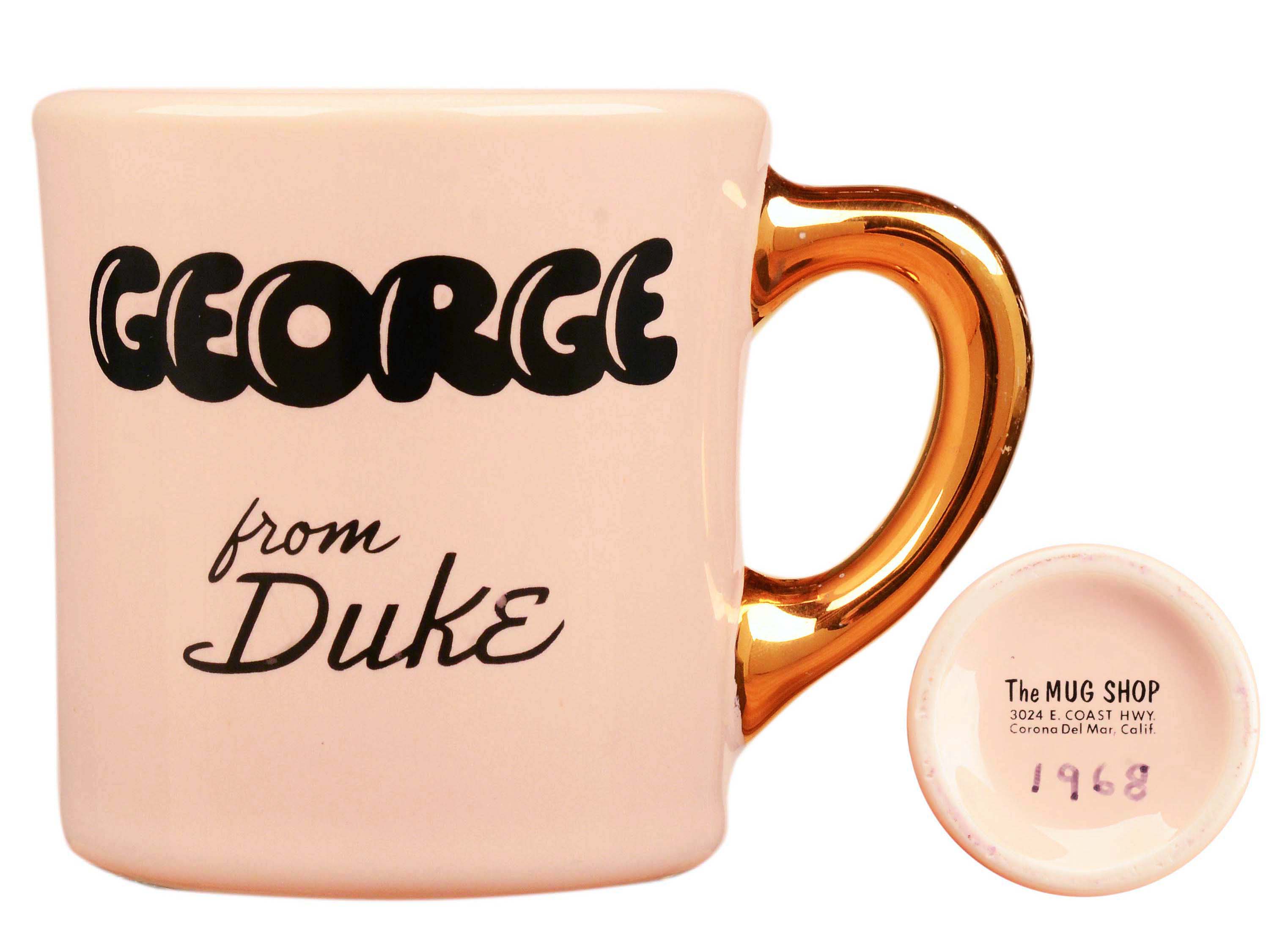 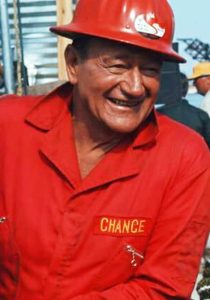 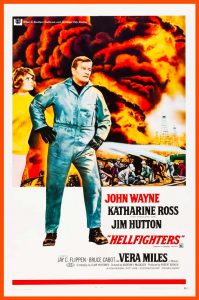 The Hellfighters is the fifth mug made by the Mug Shop also done on the Burden China blank.    John Wayne portrayed the legendary oil well firefighter, Red Adair.   About six years after his death in 2004, his granddaughter held an auction at the family ranch near Bellville, Tx to raise money for the Shriner’s Children’s Hospital in Galveston, Tx.   I was fortunate to meet Sunny Adair at the event and couldn’t help but notice that Red’s mug from John Wayne was not listed in the auction program.  I asked her if it would be auctioned that day and she replied, “No, and the family would not sell it at any price!”  I told her, that grandpa must have been quite a guy to be someone John Wayne would want to play and she told me he sure was.  Yet another testament to the personal value these gifts from John Wayne have to those they were given to and their families. 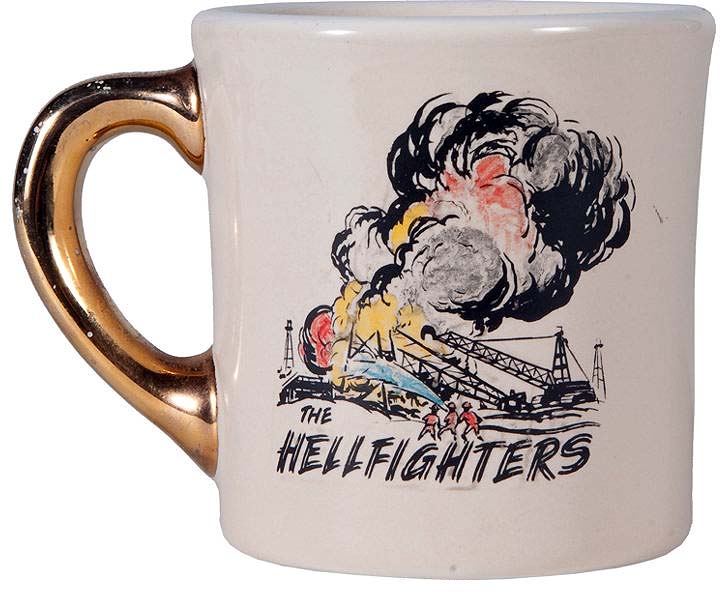 “This lot was consigned directly by Edward Faulkner, a veteran character actor who appeared in over 280 television programs and 30 feature films from the late 1950s until the 1970s. Perhaps best remembered for his roles in six John Wayne films including McLintock!, The Green Berets, Hellfighters, The Undefeated, Rio Lobo, and Chisum…”