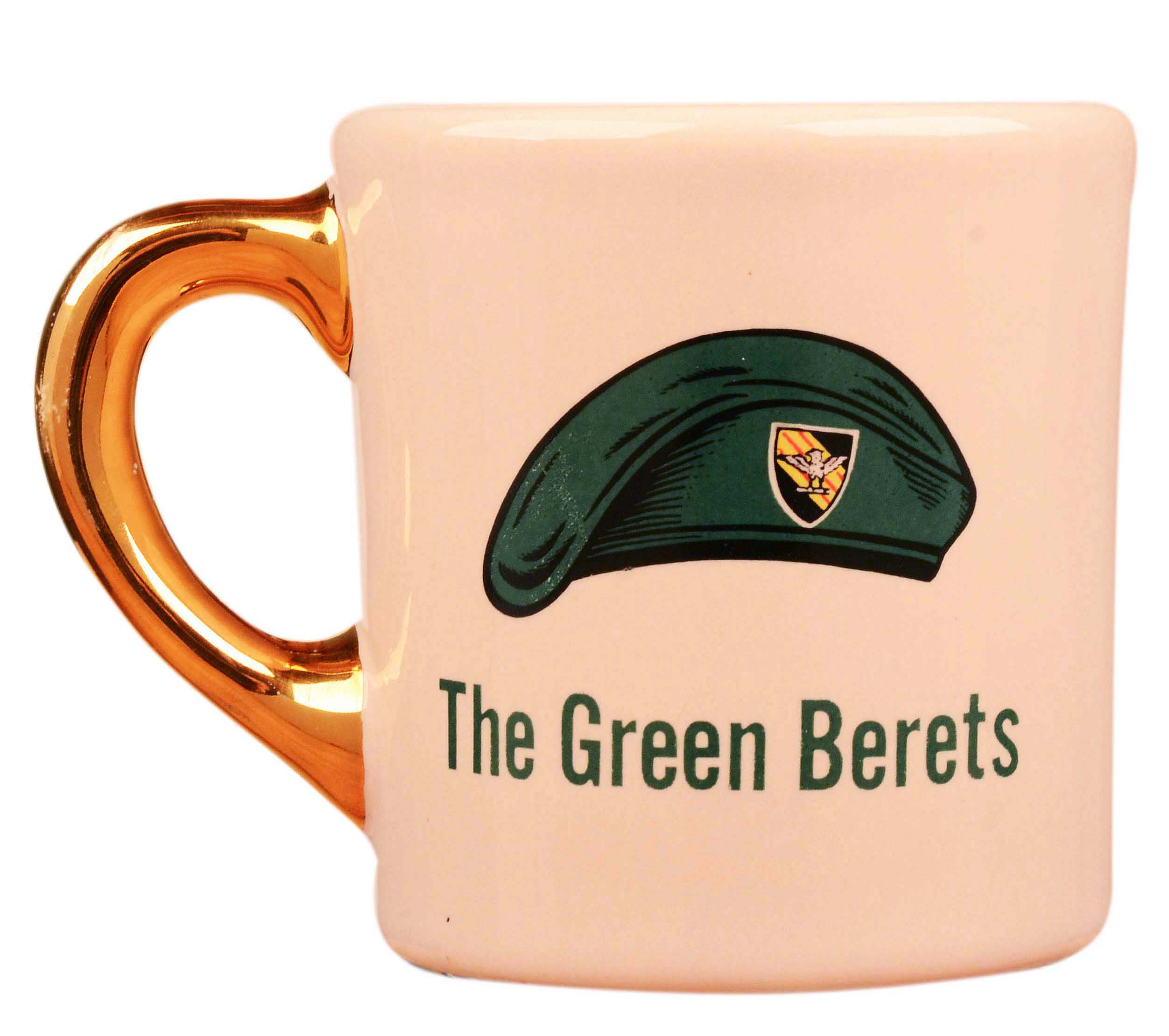 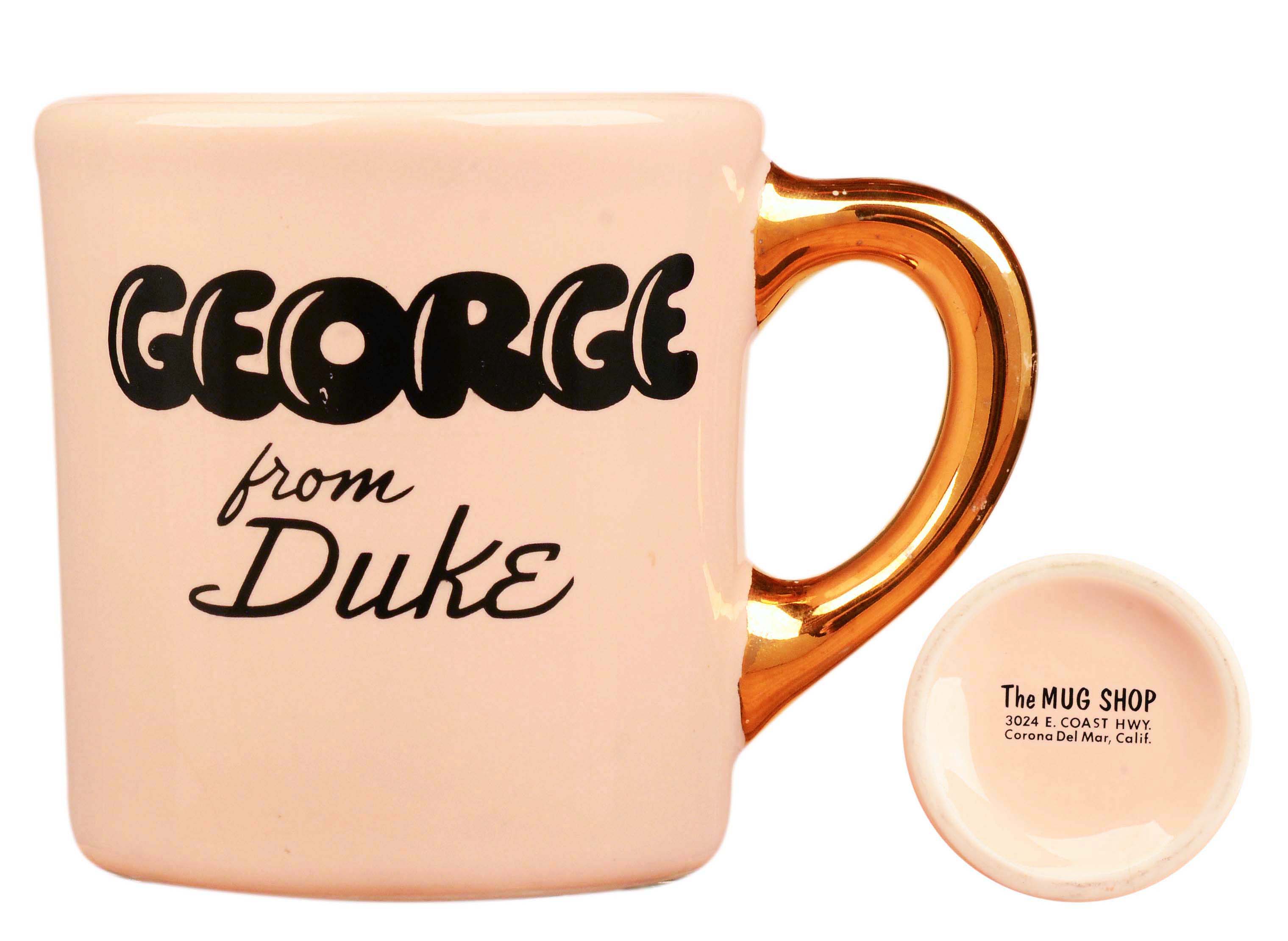 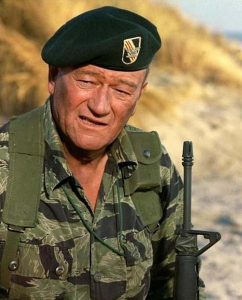 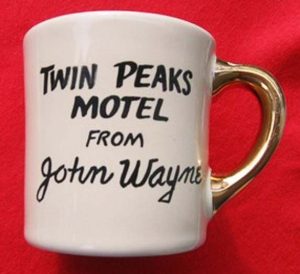 At a time when Hollywood could do anything but portray our brave men and women of the military as the heroes they were and are, John Wayne stood up for them as he did his entire career.   The Green Berets mug represents  what many of us admire the most about Duke, his unwavering patriotism and love for those who have done and do so much for us!  An interesting version of this mug(to the right) was sold on Ebay in 2013.  We surmise this may have been one of the places Duke stayed while on location.  Always thoughtful and appreciative, he probably had these made for the staff.  The Green Berets mug was the fourth mug the Mug Shop did for Duke, it was produced on the Burden China blank. 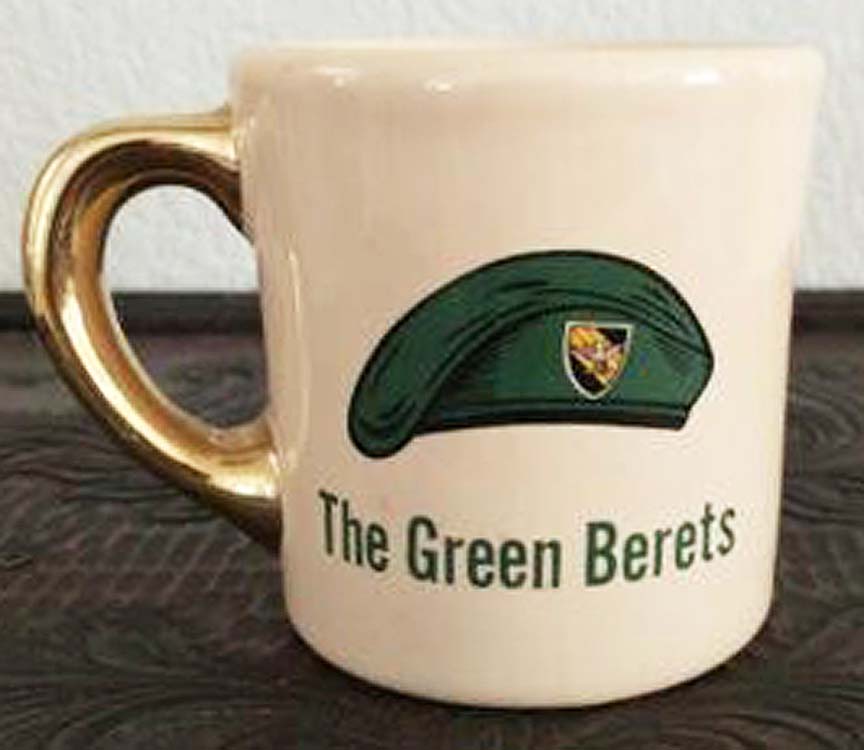 “VINTAGE JOHN WAYNE MOVIE MUG “THE GREEN BERETS” FOR CAST & CREW 1968 RARE FINDThis mug is without chips or cracks. The mug has been stored or displayed in a curio cabinet for many years and not used. No wear detected on the gold handle. There are a few scratches in the painted name FRANK on the back side of the mug. 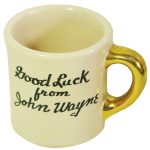