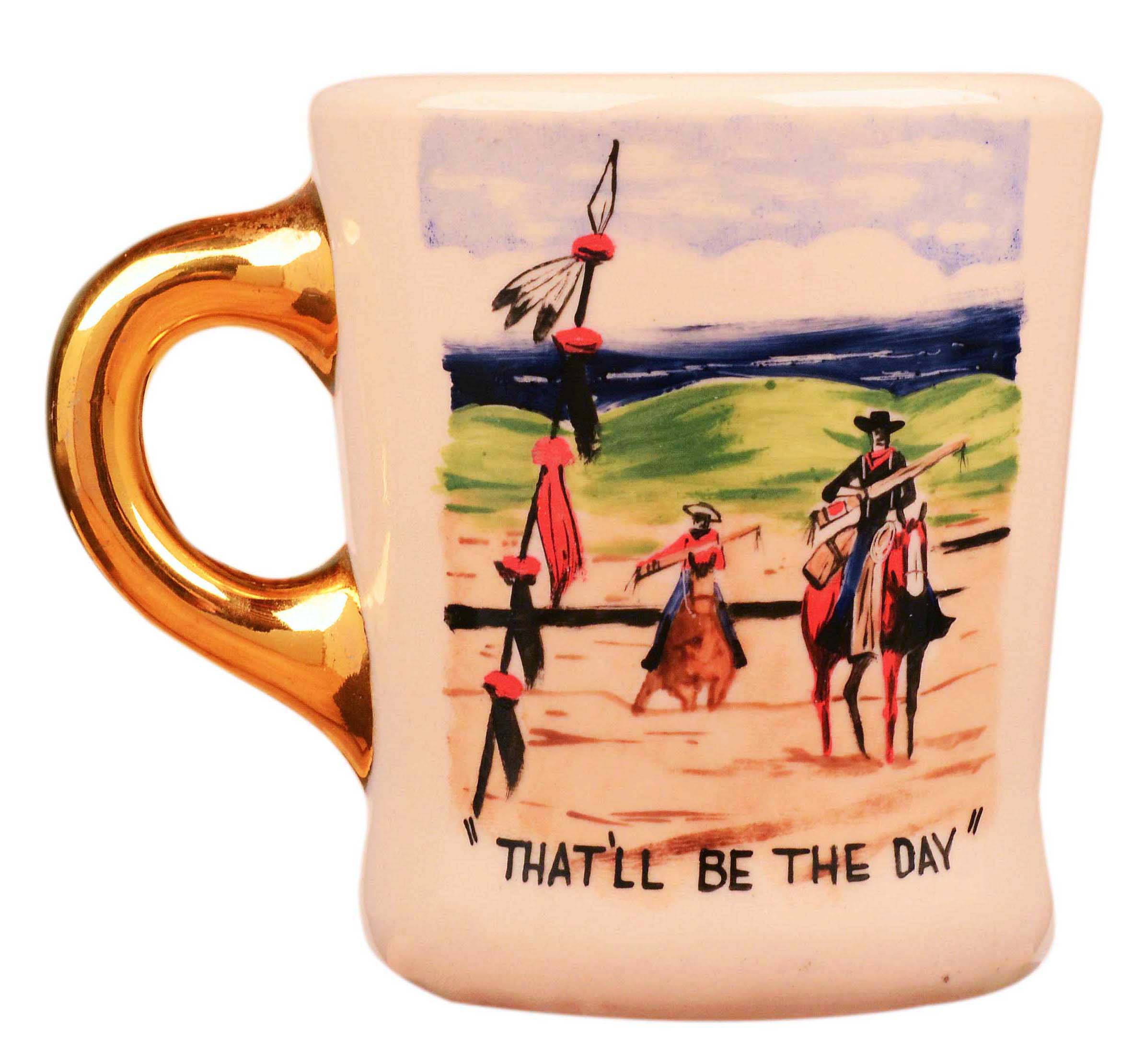 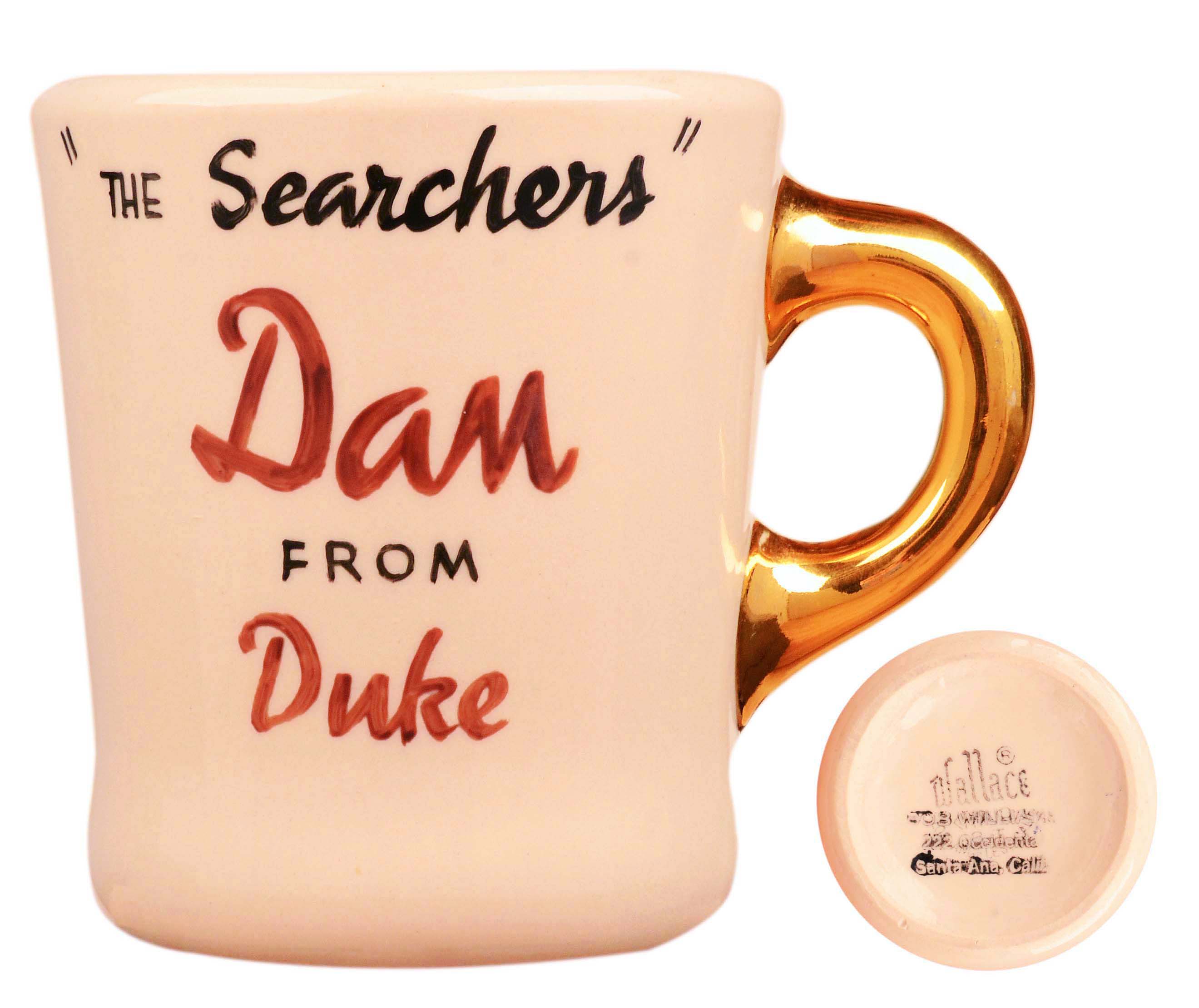 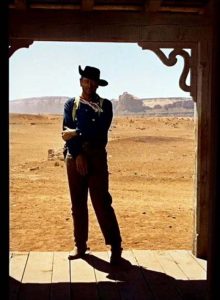 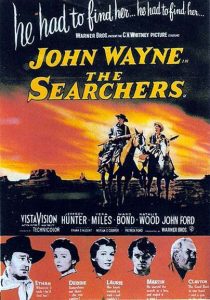 The Searchers was the eleventh mug Bob Williams did for John Wayne.  The mug was produced on the heavy beige Wallace mug .  Like many of Duke’s mugs a tag line from the movie was incorporated into the design.  “THAT’LL BE THE DAY” was also the inspiration of the Buddy Holly song with the same name.  We have another The Searchers mug in the “Others” section, an alternate version very rarely seen.   The Searchers mug is an example of higher value due to the quality and popularity of the movie.  The Searchers was one of John Wayne’s most critically acclaimed movies with the legendary director, John Ford.  Duke asked Ford if he could do something in the closing scene as a tribute to his friend and mentor Harry Carry.  The result was the iconic image of Ethan Edwards holding his arms as was Harry Carry’s trademark.  Mrs. Carry, his widow was on the set… she wept. 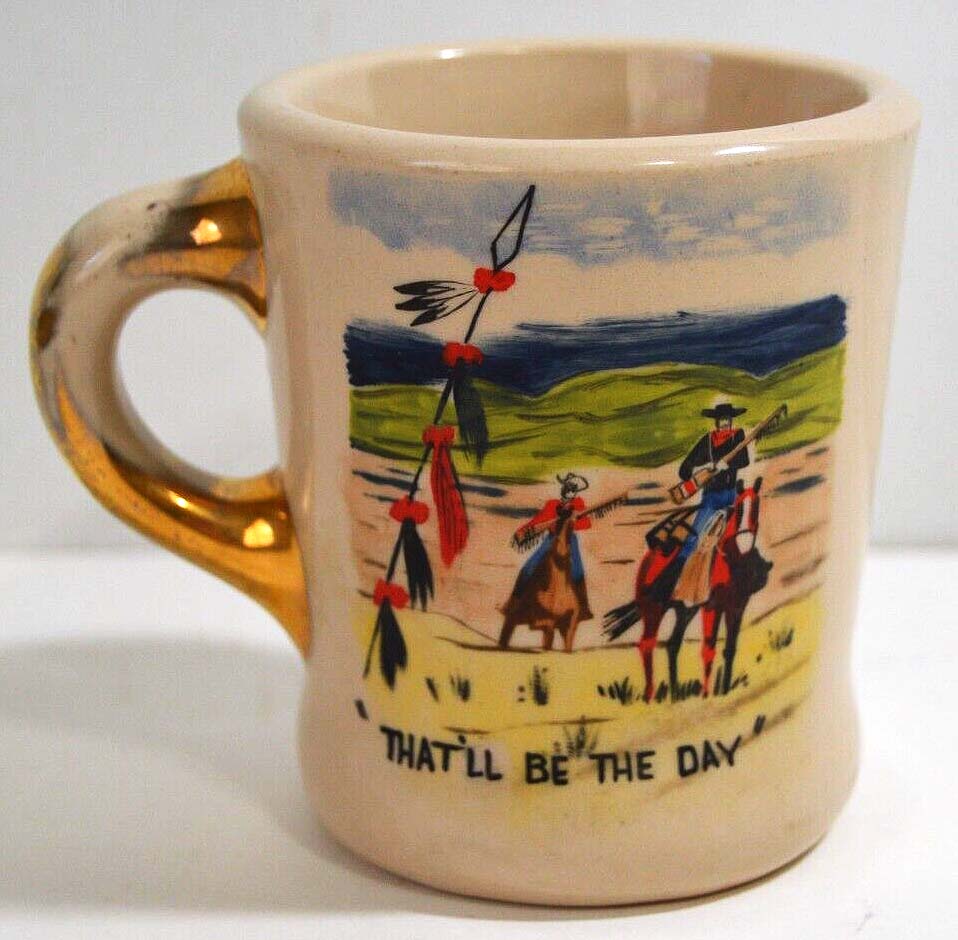 “This mug came from a home belonging to the estate of the late Carmen D’Antonio. She loved this mug as you can see it was used quite often with the wear to the gold on the handle.“