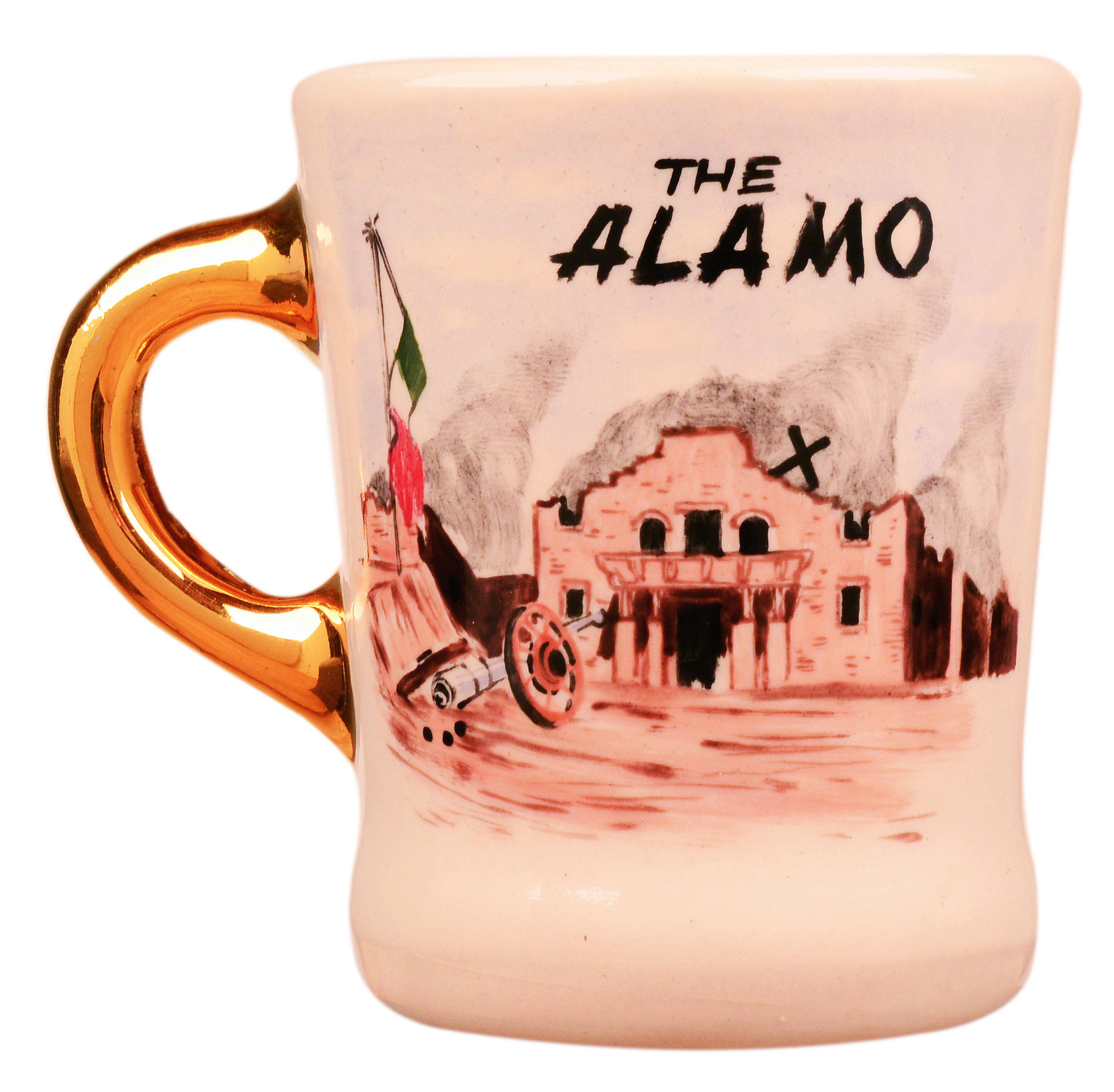 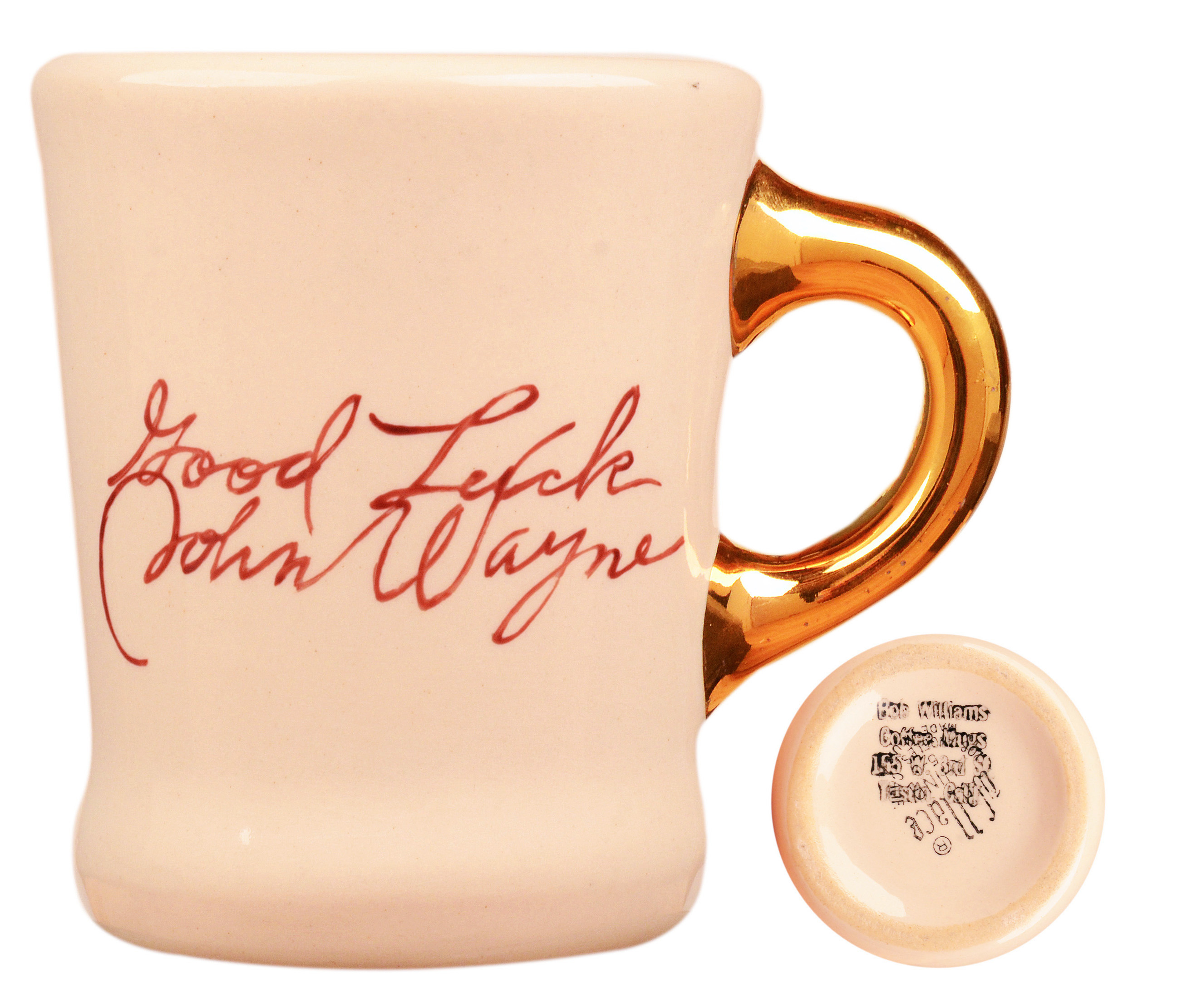 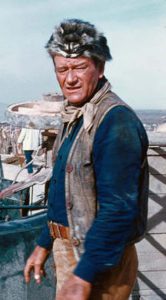 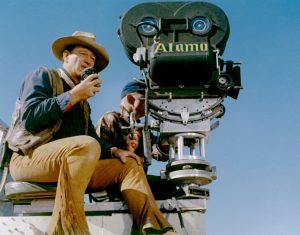 Years ago my buddy Dave asked which John Wayne mug I would want to own the most.  He was surprised when I told him The Alamo.  It’s not one of the earliest mugs.  It’s not one of the rarest mugs, in fact due to the enormous scale of the production, there were more mugs made for the Alamo, than any other movie, about 1300.  So he asked why The Alamo, what is so special about that one.  I replied, “Dave, I’m a Texan…” he knew exactly what I meant.  It would be next to impossible to collect a mug from every movie.  Most John Wayne fans would be thrilled to own one of these rare mementos from Duke.  So often it’s the one from their favorite movie or maybe one that has special meaning… like someone from 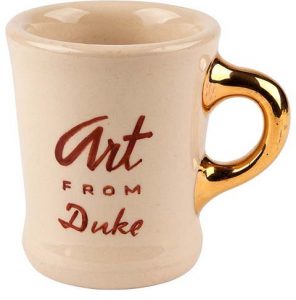 Texas.  It’s very interesting that this is the mug Bob Williams was the proudest of.  Not because it was his biggest order, he was very proud of the beautiful rendition of the iconic Shrine, the Alamo, in San Antonio, Tx.  We have an example of the personalized version to the right. 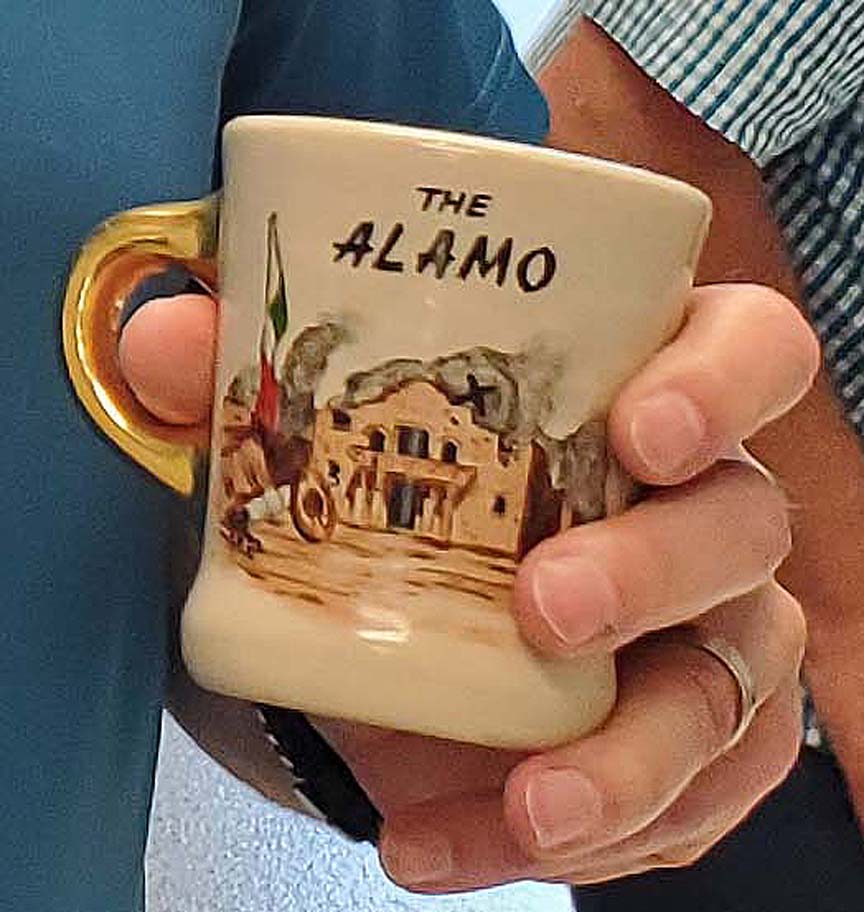 This mug was auctioned at the John Wayne Birthplace Museum fundraiser.

IMDB The Alamo
The Golden Closet The Alamo mug
The Alamo