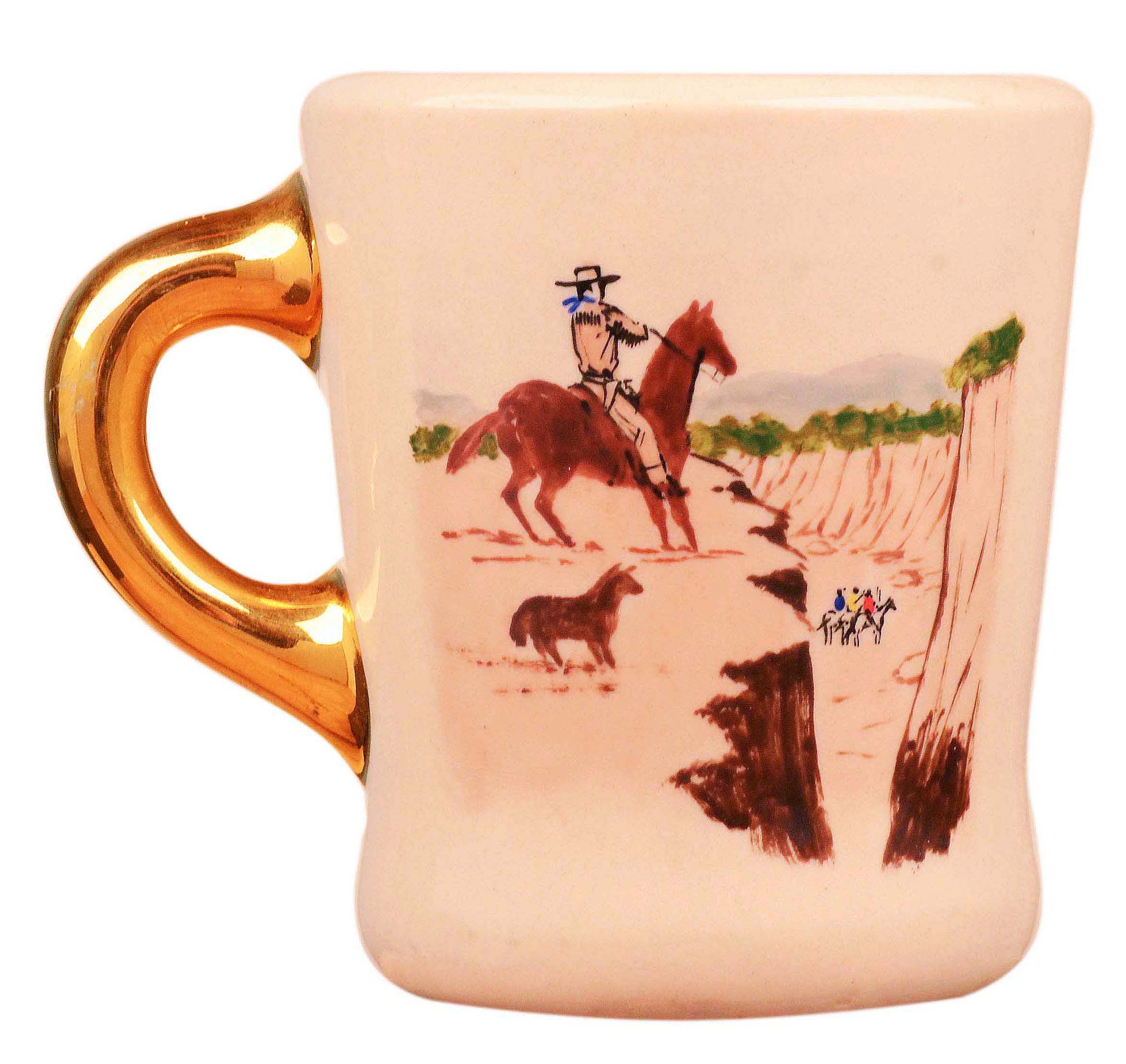 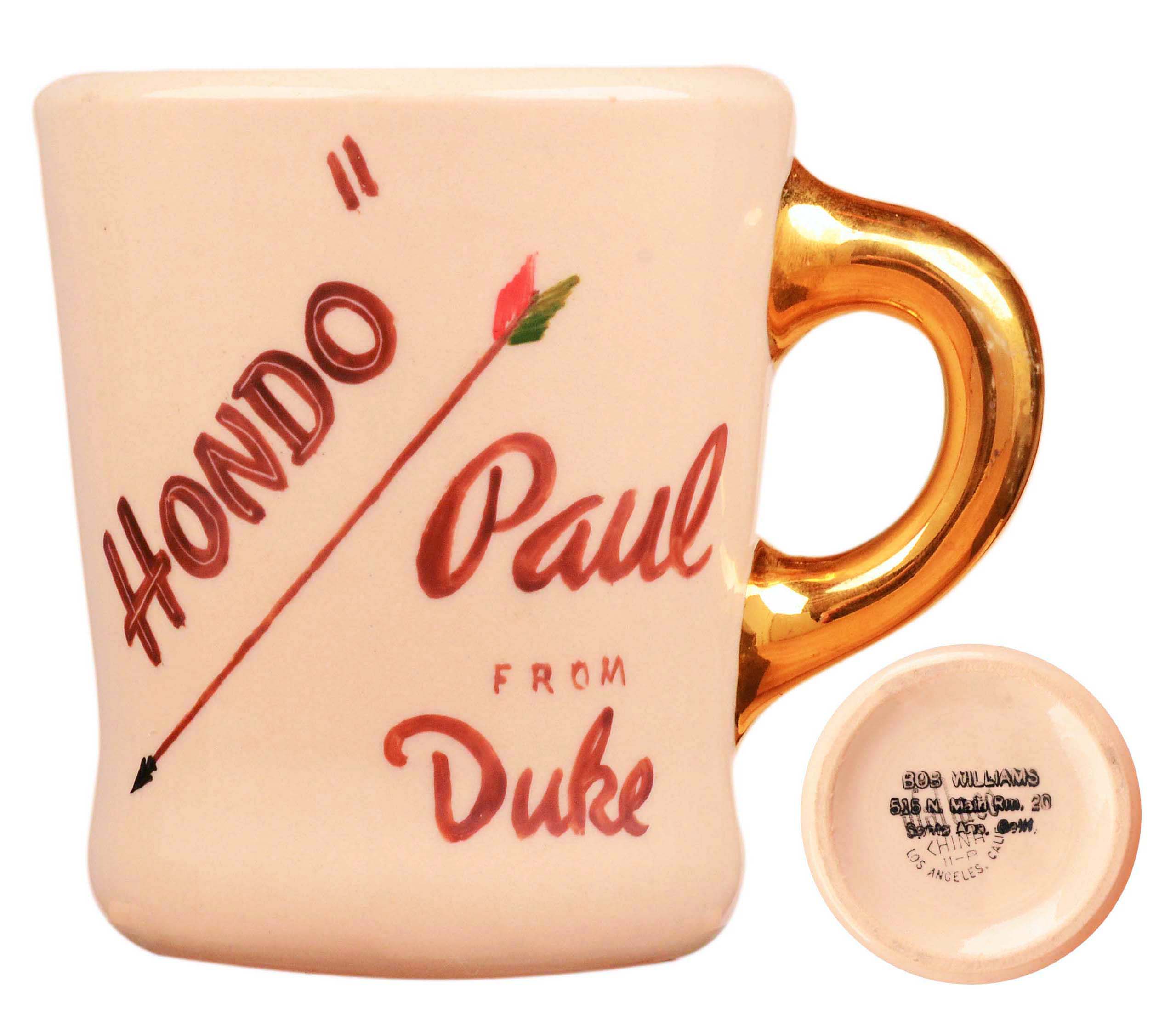 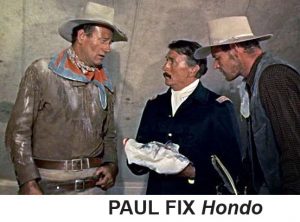 The John Wayne mug for Hondo is the sixth mug Bob Williams made and once again on the traditional beige Wallace mug.

Hondo is the second mug at our site from the Paul Fix collection.  Paul Fix was a prolific actor whose career spanned 56 years.  John Wayne and Paul were close friends and the story goes that Fix taught Duke his distinctive walk.  John Wayne was extremely loyal to his friends and helped them whenever possible to land roles in his movies.  Fix was a great example of this, as he was in at least 24 movies with Duke, at least 10 of which he was given a mug for.  Paul Fix once said about John Wayne, “He was too generous. He was just like his father and that I respect.”  Marilyn Carey, Paul’s daughter was once quoted speaking of her dad, “Do you know what he did? He got mad at Duke one time and threw them all out!”  When I read this quote in “Campfire Conversations” by Tim Lilley many years ago I thought what a waste for this incredible collection to end up in some landfill. 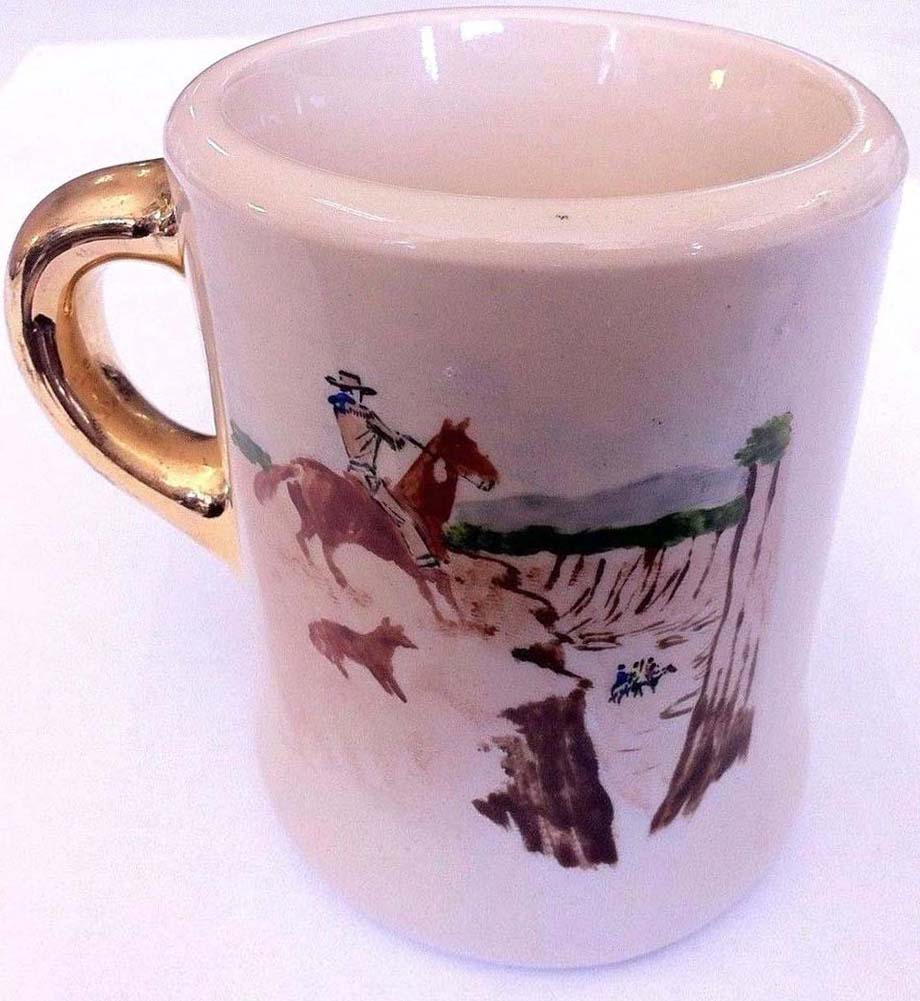 “This is a personalized hand painted mug John Wayne gave to his production crew on the set of his movie “Hondo”. It says Hondo Nate from Duke. Duke referring to John Wayne’s nickname. Nate referring to Nate H. Edwards, the Production Manager.”