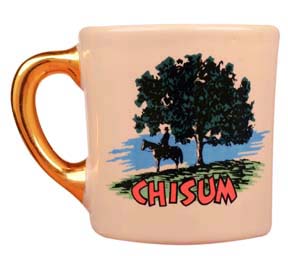 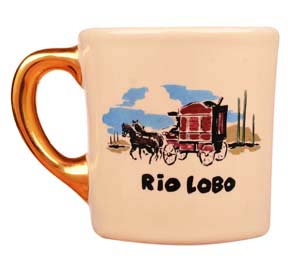 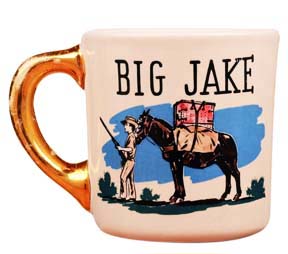 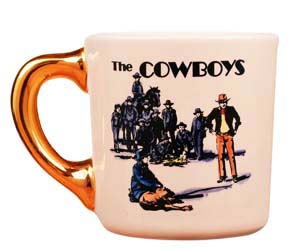 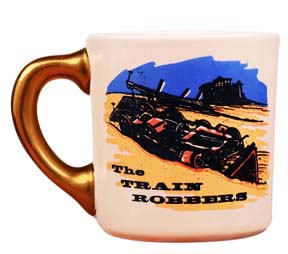 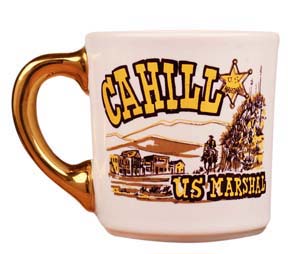 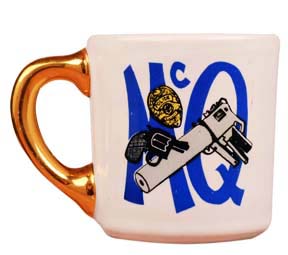 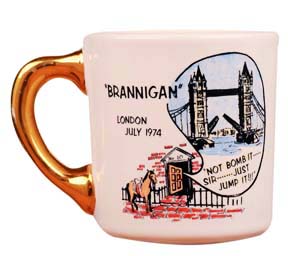 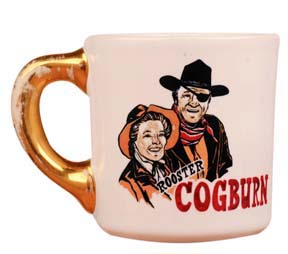 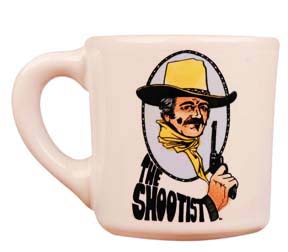 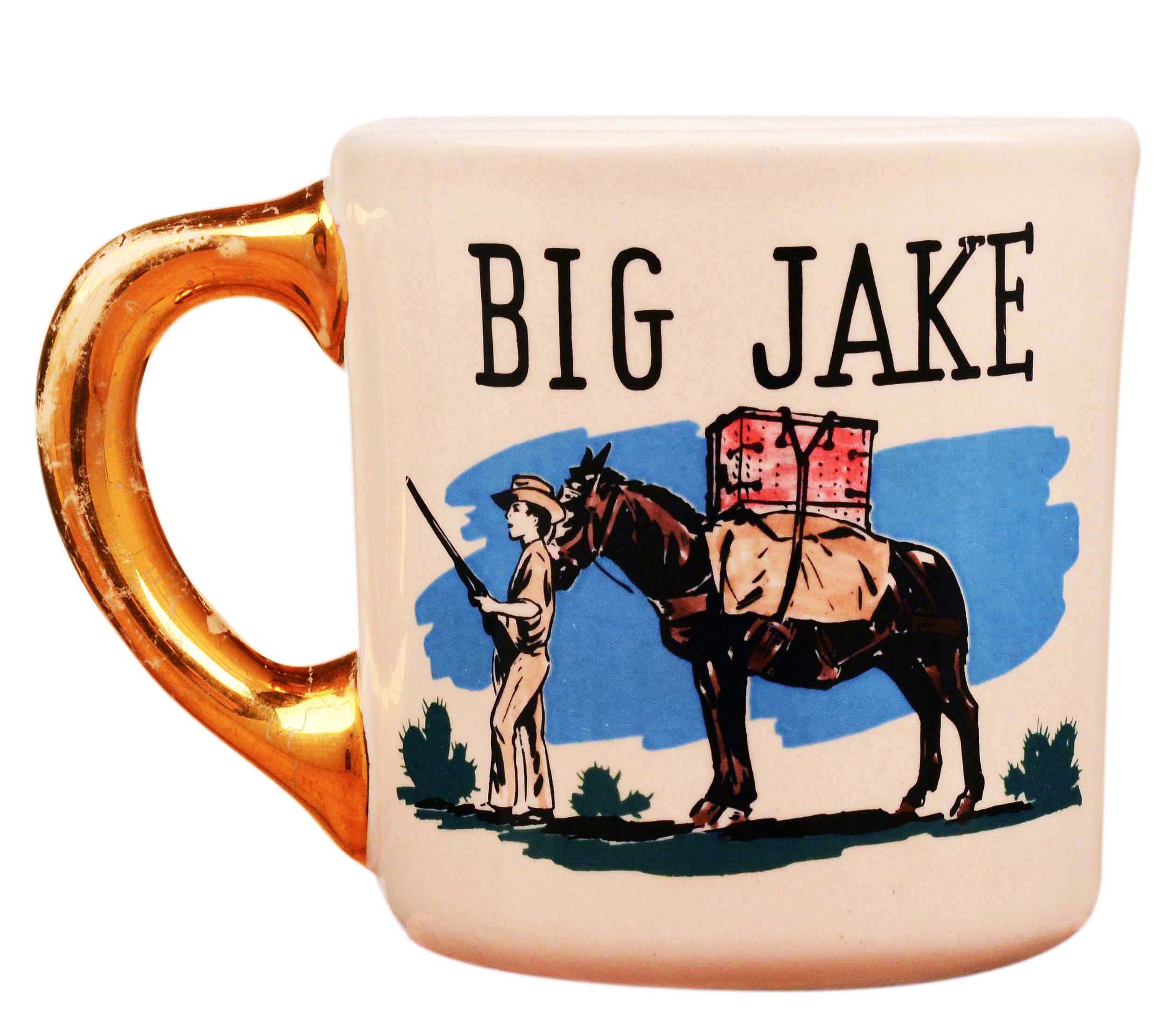 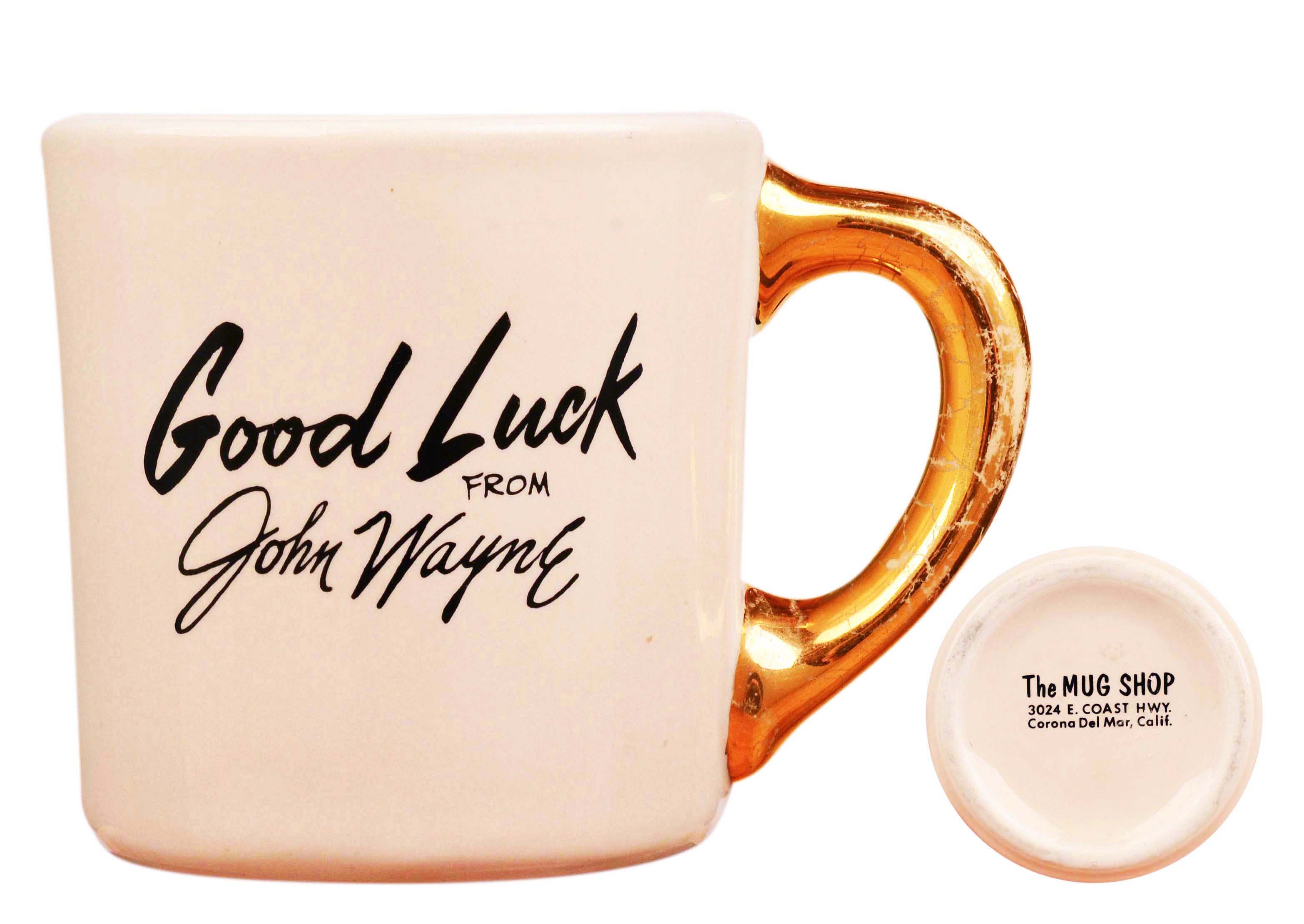 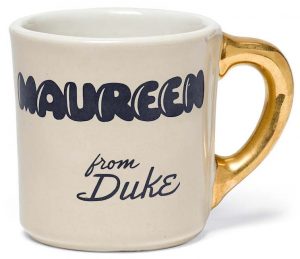 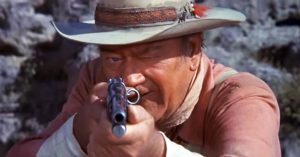 Big Jake is the tenth mug that was made by the Mug Shop and of note it was not made with the Burden China blank.  On the final nine mugs made for Duke there is no identification on the mugs as to the manufacturer.  All the nine mugs appear to be the same except for manufacturing variances you would expect, namely a slight variation in color.  They can be distinguished from all previous mugs in that they have a small raised ridge where the handle attaches to the body of the mugs.  Many of these mugs are white, but we see variations to beige.  This is probably due to the firing process during manufacturing as the inside of the mug is usually whiter than the outside. 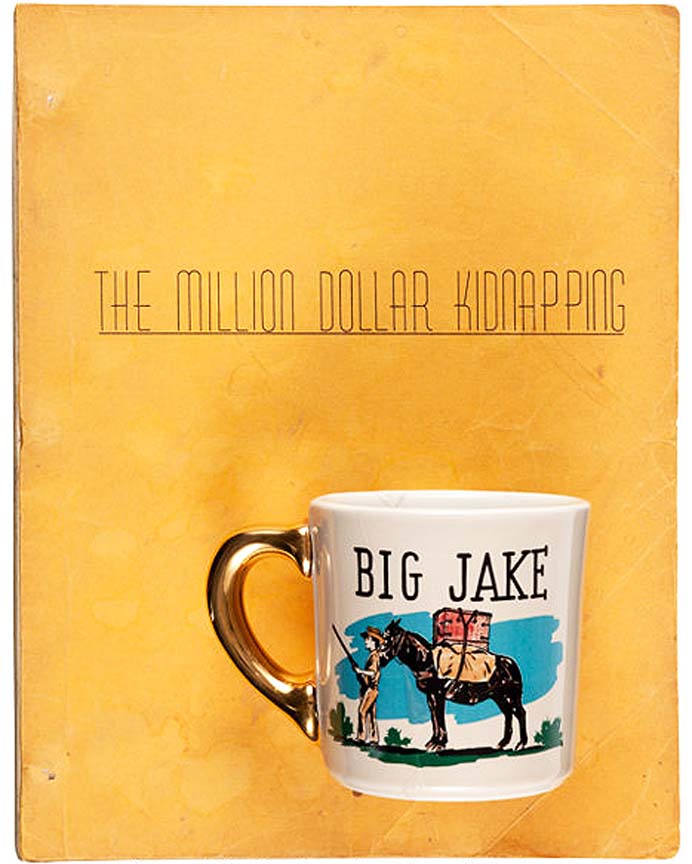 “A Script and Coffee Mug from “Big Jake.” National General Pictures, 1971. Script with goldenrod covers, screenplay by Harry Julian Fink, undated, 136 pages, cover shows film’s original title of “The Million Dollar Kidnapping;” together with a mug; made of ceramic, gold-painted handle, image on front side depicts a boy and horse, on back side text reads “Bob / from Duke;” ‘Bob’ being Bob Weatherwax, the celebrated animal trainer who worked with “Laddie,” the dog who co-starred with Wayne in the film; bottom is stamped “The Mug Shop / 3024 E. Coast Hwy. / Corona del Mar, Calif.;” gifted by Wayne to cast and crew as was his tradition.”